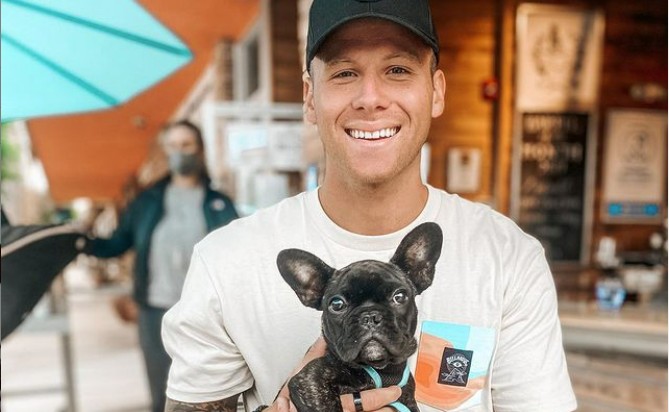 The Bachelorette contestant Cody Menk already got Katie Thurston and Bachelor Nation’s attention with his big entrance. Arriving to meet the new leading lady, Cody stepped out of the limo and told Katie he wanted her to meet someone. He then retrieved a blow-up doll named Sandy out of the limo. Katie thought it was hilarious. However, the blow-up doll isn’t the strangest thing about Cody. His career as a zipper sales manager has fans stumped. So, what exactly does a zipper sales manager do?

What exactly is it that Cody Menk does as a zipper sales manager? Well, Cody works for a company called ZIP-PAK. His linked-in account lists him as a West Coast Regional Account Manager based in San Diego, California. The company linked-in account says, “A worldwide leader in resealable packaging technology, Zip-Pak pioneered the zipper feature for flexible packaging and adapted it for automated applications. Our packaging solutions enable flexible packaging to be easily opened and closed, keeping foods fresher, and adding consumer convenience to any brand.”

Cody has worked for this innovative company since 2019. So, to sum it up, yes he actually sells zippers. He graduated from High Point University in 2015 with a degree in strategic communication. 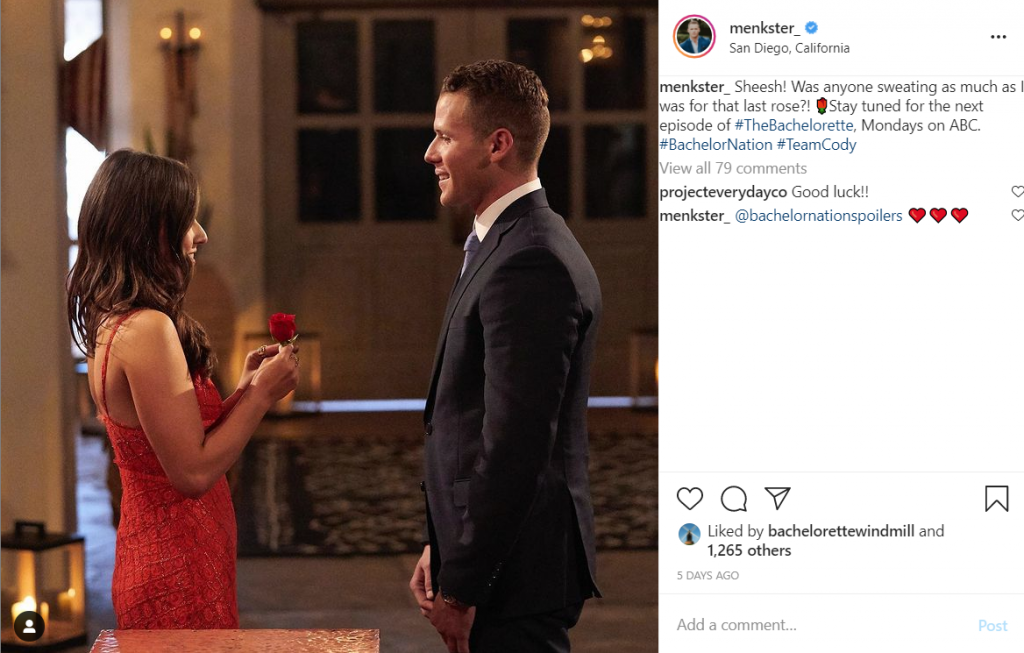 There’s much more to Cody than just the fact he sells zippers. One interesting fact is this 27-year-old originally from New Jersey is an Eagle Scout in the Boy Scouts. This is the highest achievement one can get in the Boy Scouts. He moved to San Diego for work and now loves to surf.

Plus, Cody is a dog dad. Cody has a french bulldog named Blue. He said he has hopes and dreams of owning his own house by the time he’s 30. Will it happen for him? He also considers himself to be a very romantic guy.

According to his Bachelorette bio, Cody is looking for a partner who is self-sufficient, socially confident, willing to push him and work together with him to drive the relationship forward. As for himself, Cody has no issues being forward with his emotions.

If he could go back in time he would be a cowboy in the wild west. He loves to watch Jersey Shore. Plus, he says he is quite the master of grilling.

Aside from showing up with a blow-up doll, Cody also made headlines when another contestant told him he doesn’t like him. Everyone was confused by the statements. However, it appears the two have mutual friends in San Diego and some were not making Cody sound good.

What did you think of Cody’s entrance? Do you like him?