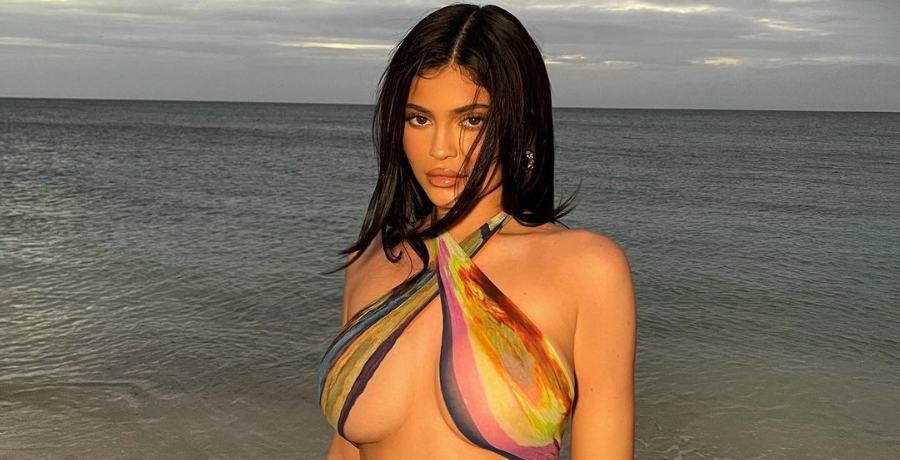 An unwanted man wanted to profess his love to Kylie Jenner. He showed up at her home this past week. Fortunately, police arrested the man, who is no longer in police custody. However, it took a lot of work since the man in question didn’t want to leave her home. The alleged stalker wanted to declare his love to her.

Earlier this week, police arrested the 35-year-old man at Kylie’s Los Angeles property. A lot has happened in the L.A. residency alone in the past week. TV Shows Ace just reported that Kim Kardashian’s estranged husband Kanye West barricaded his L.A. residence. It’s unclear whether he’s asking for more privacy amid their divorce or if he’s removing the Kardashian-Jenner clan from his life.

Kylie Jenner has a scary encounter at her home

On Sunday, June 13, TMZ reported that a strange man showed up at Kylie Jenner’s home this week. He would not leave until he got to meet the Keeping Up With the Kardashians star and profess his love to her. Law enforcement told the outlet that her security team was already aware of the man. They saw him before, but he still refused to leave the residence.

This time, the guy told the police that he wouldn’t leave until he met Kylie Jenner. Security refused to allow that to happen so they detained the man until the authorities arrived to arrest him. Police booked the man for misdemeanor trespassing and later released him. Kylie was not home at the time of the incident, but it’s still scary and unsettling for the makeup mogul.

Kylie Jenner isn’t the only one who had a strange man show up at her home. This is the latest in a bizarre series of encounters with obsessed fans. TMZ previously broke the news that another man harassed Kylie’s older sister Kim Kardashian and showed up at her home. He also sent her a package that contained an engagement ring and the Plan B One-Step emergency contraceptive.

Kim received a temporary restraining order against the alleged stalker she believes tried to enter her home. When she revealed what relationship the man has to her, she simply wrote, “Stalker.” A judge granted the Skims founder a restraining order. The judge also ordered the man to stay 100 yards away from Kim and her Hidden Hills property.

Kylie and Kendall were also granted restraining orders against the same man who tried to swim naked in Kendall’s pool. Then he showed up at Kylie’s place after police released him from jail. Unfortunately, this chain of events is just encouraging other alleged stalkers to do the same.

While this may seem new to the family, an unidentified 24-year-old man tried to break into Kim’s home back in March. He told her security team that he was her husband. Kylie has also had her share of scary encounters in the past. Check back with TV Shows Ace for the latest news on the Kardashian-Jenner family.