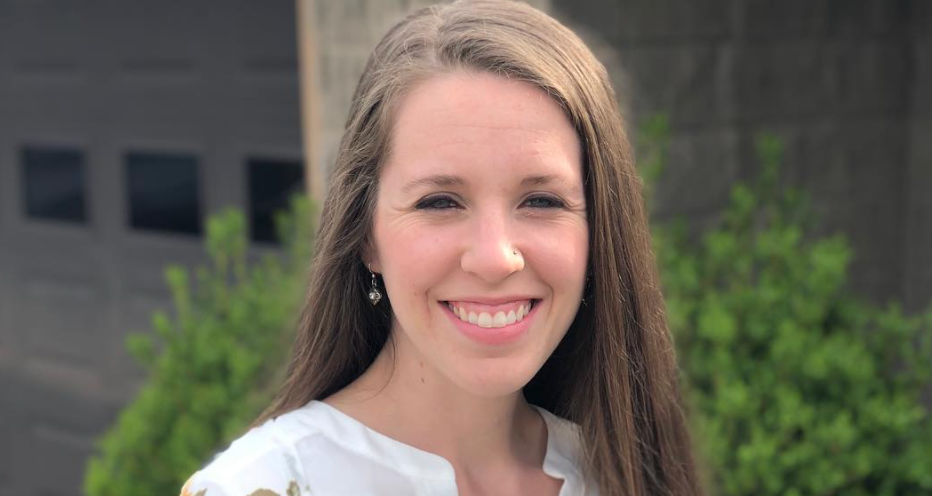 Former Counting On stars Jill and Derick Dillard recently rescued a dog, Fenna. They are sharing lots of updates about the dog on social media. And fans of the family seem to love the newest addition.

A recent social media post has fans worrying about the dog though. In a new social media post, Fenna is sitting in her crate with a soft cone around her neck. There are children’s books surrounding her crate too. Naturally, fans had some questions and wanted to know what was going on with the pup.

In his caption, Derick writes, “Israel displayed all the books he read to our dog, Fenna! Reading to dogs is supposed to help a child’s reading ability, and I’m pretty sure Fenna enjoys it too!”

In response to the post, fans wanted to know what had happened to Fenna and why she is wearing a cone. Many assume that she recently had surgery. Some think that Fenna needs a more comfortable place to lay down in her crate. Plenty more fans don’t think the dog should even be spending time in the crate. 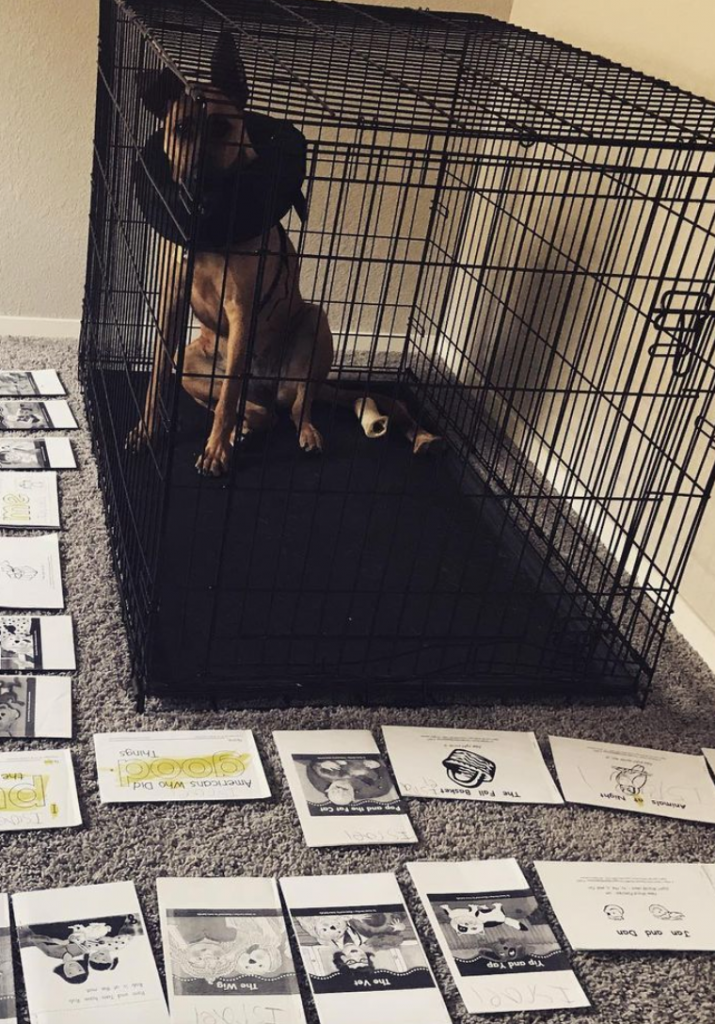 In a comment in response to a fan, Derick wrote that Fenna recently had surgery. He added, “We’re trying to keep her from tearing her stitches out.”

It looks like Fenna was probably spayed recently after being adopted from an animal shelter. The adoption agreement likely requires new owners to spay their adopted dogs and cats. So, now she just needs to rest and recover for a little while.

Derick also answered a fan who wanted to know why Fenna doesn’t have a blanket in her crate. He says, “We’ve tried dog beds, towels, etc., but nothing survives longer than 2 seconds when contained with a Malinois before it’s shredded to smithereens lol. Including her first plastic cone around her neck that she managed to pull off and tear apart.”

So, fans can relax knowing that Derick and Jill are taking good care of their dog. Despite some backlash, many fans are glad that Jill and Derick seem to be doing so much right when it comes to their newest family member.

So, are you glad to hear that Fenna is okay? Do you love seeing updates about the adorable dog? Let us know in the comments below.

Double Lock Your Doors & Watch Lifetime’s ‘Next Door Nightmare’
Javi Marroquin Calls Cops On Lauren Comeau For Abuse, Guess Who Has His Back On This?
Duggar Family STUCK Under TLC’s Thumb, Trapped By ‘Counting On’ Contract
Nanny Faye Says ‘Free Britney’ And Fans Are Here For It
Jim Bob Duggar RELIEVED TLC Contract Gags Family From Spilling The Truth