Bringing Up Bates stars Zach and Whitney Bates welcomed their new baby to the world last week. Sadly, he was in the NICU for a little while and ended up on life support. Now, the family is back with another update about the little one.

On Monday, the baby arrived, and the couple announced his birth via social media on Wednesday. At the time, they revealed that he was having some health difficulties. They wrote, “Shortly after birth, his O2 levels dropped and he was transferred to NICU at East TN Children’s Hospital. As of right now, he is stable and responding to treatment.”

In another post shortly after, they revealed that another issue had come up. The couple wrote, “His oxygen levels continued dropping, and his right lung collapsed. They intubated and put him on a ventilator. He has a little chest tube on the side of his chest for the collapse.”

Throughout these challenging times, fans have been commenting on the family’s social media posts and saying they are praying for them. They are worried about Jadon, as well as Zach and Whitney and the rest of the Bates family. Now, Zach and Whitney finally have another update to share.

Zach and Whitney Bates reveal how Jadon is doing now.

On their Instagram stories Saturday evening, Zach and Whitney gave fans an update. Since this was posted to their stories and not their feed, it’s only available to view for 24 hours and fans can’t publicly reply.

In their stories, they are standing in the NICU beside their son’s bassinet as he’s all hooked up to monitors. Whitney says that “He’s a little fighter. He’s hanging in there.” The parents reveal that the baby is off the ventilator, which is a “huge step.” Zach says that he is making “little improvements and steady gains.”

On Sunday, he will have an X-ray to see if the collapsed lung has inflated as it was supposed to. Whitney adds that their three priorities are getting him off the ventilator and removing the chest tube and central line. From there, he will have lots of small steps to take.

During the video, Jadon opens his eyes and enjoys some quality time with his parents. Zach adds that Jadon likes to hold their fingers. 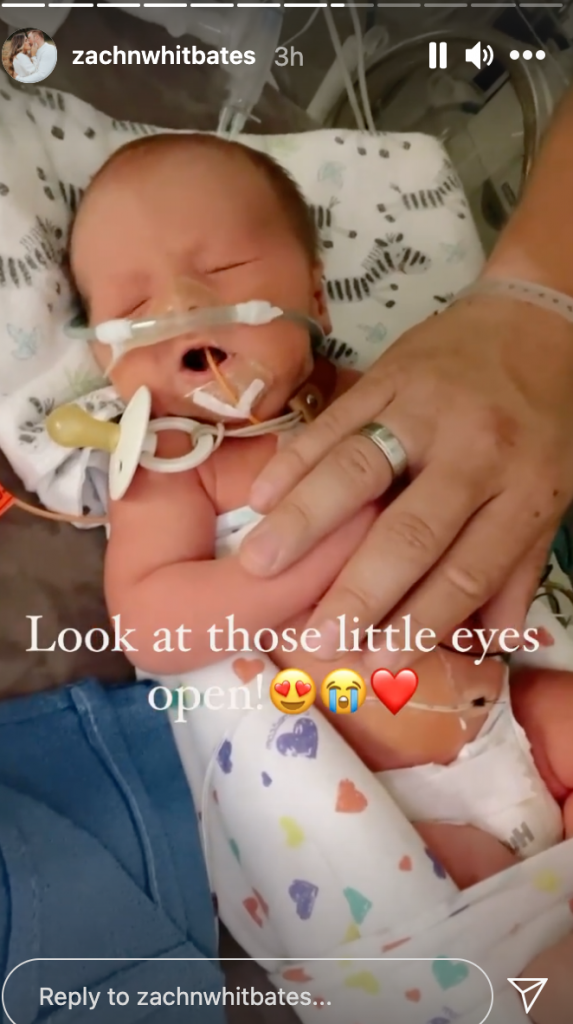 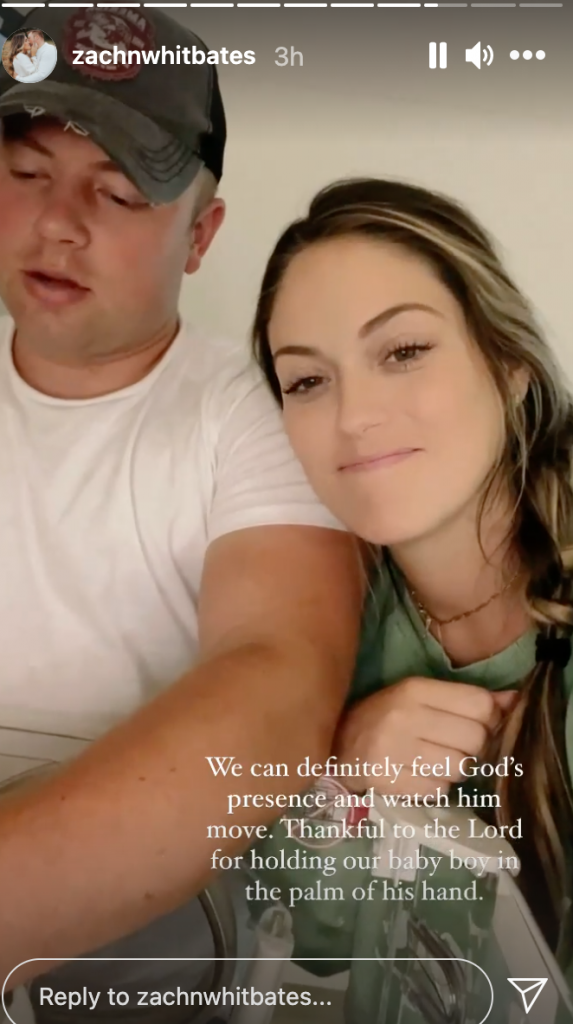 So, are you glad to see this update about Jadon Bates? Do you hope to hear more about the little guy soon? Let us know in the comments below.