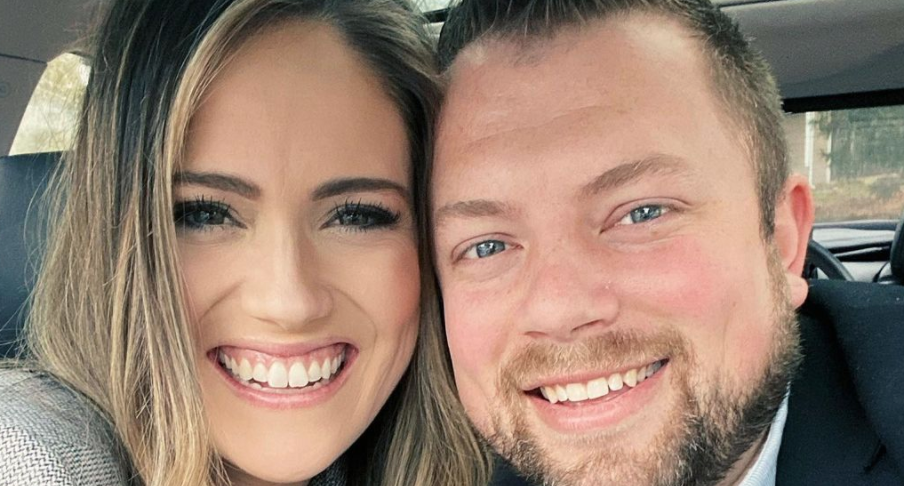 The Bringing Up Bates family has grown! Zach and Whitney Bates’ fourth child is officially here. He made his appearance on Monday, June 7 at 5:15 PM and weighed 7 pounds and 6 ounces. His name is Jadon Carl, and he’s named after Whitney’s father whose initials are J.C.

The family confirmed their exciting news exclusively to Us. They shared, “After months of waiting on this special day to arrive, we are rejoicing to finally meet our sweet Jadon face to face. There’s no way to describe the feeling and emotions we felt when we first held him in our arms. He is perfect in every way.”

They also shared that he spent some time in the NICU after birth. Fortunately, he’s doing well now. They shared, “Shortly after [Jadon’s birth], his O2 levels dropped and he was transferred to NICU at East TN Children’s Hospital. As of right now, he is stable and responding well to treatment. They will continue treatment and monitoring until he is strong enough to come home. We are so grateful to God for taking care of our little boy and thankful for the doctors and nurses working hard to get baby J healthy and ready to meet his big brother and sisters. Life doesn’t always go as planned, but we’re thankful we can trust in the Lord with confidence that His plan is always perfect.”

Just a few days ago, the family shared a new photo as they approached their last days as a “party of 5.” At the time, they wrote that life was going to be getting more exciting very soon. Well, now the time has finally come. Jadon joins older siblings Bradley, 6 Kaci, 4, and Khloe, almost 2.

At this point, the family hasn’t posted any photos or updates on social media. Now that the news has come out, they will likely share more pictures of the new little guy pretty soon.

So, are you happy to hear the news that Zach and Whitney Bates’ son is here? Let us know in the comments below.