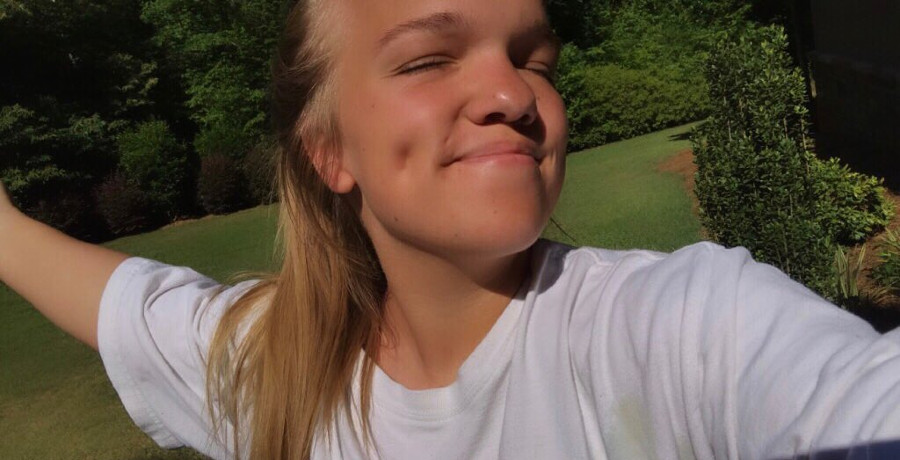 Elizabeth Johnston of  7 Little Johnstons might already live outside of her mom and dad’s home. Well, Emma spilled that first. Then, in the show, she talked about putting away furniture. Actually, she works and studies. Well, wherever she stays now, she added to her family this week and shared a very cute photo of Georgia.

Last year, TLC fans heard that Liz planned on a nursing career. Actually, most of them thought it suited her personality. It seems that she prefers quiet and order rather than bickering and ugly fights fans see between Anna and her parents. Fans wondered if Anna and Liz moved out and into the same home. However. it’s really not clear yet if that happened. Wherever she lives, she seemed delighted that a little furry friend joined her.

Elizabeth Johnston, like her other brother and sisters, was raised quite strictly by their dad, Trent. Mind you, Amber also seems very strict as well. When Trent spoke with Alec Lace from First Class Fatherhood, he said that he “acts tough on his kids.”

Trent Johnston Explains Why He’s Tough On His Kids

Nurses also need a lot of discipline, so her upbringing probably helps Liz get the job done properly. Now, after working or studying, she can look forward to a cuddle with cute Georgia – if her boyfriend’s not around.

Elizabeth Johnston took to Instagram on June 11 and shared a photo of a puppy. It looks like a Labrador and typically, the paws seem way too big for a little dog. She captioned her post with, “Sweet Georgia❤️.” Then her sister Emma also commented and confirmed the name of the new family member. She replied, saying, “Miss adorable “Georgia” 😍🤪.” Naturally, TLC fans also took one look and called the puppy very cute.

Many fans of Elizabeth Johnston love the photos of her new baby all snuggled up indoors. One 7 Little Johnstons fan commented, “Georgia is adorable! Congratulations!” Then another fan commented, “This is the sweetest pup I’ve ever seen! 😍.” This comment also arrived: “Oh my gosh!!! Adorbs!! Does she love the water yet?! Look at them paws!! So cute.” A few others asked if the pup’s a mix or a Labrador. However, Liz didn’t reply to them. When fans asked for confirmation of her moving into her own place yet, Liz ignored them as well.

What do you think of the new family member in the life of Liz? Do you agree Georgia looks very cute? Sound off in the comments below.

Remember to check back with us often for more news and updates about Elizabeth Johnston from TLC’s 7 Little Johnstons.