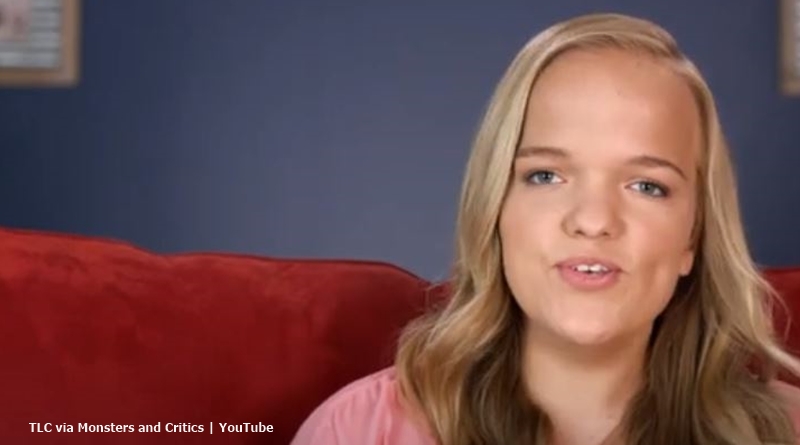 The 7 Little Johnstons family shared on Instagram in mid-April that Elizabeth’s prom never happened. Of course, fans expected that she and Brice Bolden would attend. The young couple seems very close. But because of the coronavirus, it all got canceled. So, the family held their own prom and she danced on the back porch. Now, the family revealed her future plans. Elizabeth plans on attending nursing school.

In the latest season of the TLC show, fans saw a lot about Brice and the upcoming prom for Elizabeth. Now she’s a high school grad, fans wonder about her future plans. This week, the official Team7lj account held a Q&A. When one fan asked about Elizabeth’s plans, they replied, saying she hopes to attend nursing school. Plenty of other questions came, but later another fan asked for more details about Elizabeth’s ambitions.

The 7 Little Johnstons fan asked Amber what type of nurse Eliabethy aspires to be. Well, the reply shows she plans on becoming a pediatric nurse practitioner. And, it looks like her parents don’t push her in that direction. In another question about career choices, the Q&A revealed the kids pretty much chose their own directions. Talking about parenting, Amber and Trent rather raise their kids through “transparency…guidance…and structure.”

Elizabeth seems in a much better place this year

The TLC bio for Elizabeth reminds viewers that she’s the “second biological child of Trent and Amber Johnston.” Considered something of a social butterfly, she also works very hard, In fact, she’s an “honors student.” It seems that when her time at college comes, she’ll enjoy the social scene and double down to achieve her dream of becoming a pediatric nurse. But, one area of sadness previously involved her relationship with James.

In a previous season, The List noted her heartbreak when her boyfriend dumped her. And, making it even worse, he did it via a text message. But this year, she seems in a way better place. She and Brice seem quite a strong couple. With her sadness about James in the past and a nice boy who accepts her size difference, it seems Elizabeth’s set on a career that helps other people. Her brains and empathy no doubt go a long way toward helping the 7 Little Johnstons star achieving her dream.

Future seasons of the show and Elizabeth

Hopefully, a new season of 7 Little Johnstons comes on TLC so fans can follow Elizabeth as she attends higher education. Right now, TLC hasn’t yet made an announcement about a new season. Maybe one day, fans see her graduating from nursing school. Would you enjoy following Elizabeth’s journey through nursing school? Sound off in the comments below.

Nick Viall Shares Dating Advice With Fans On Instagram
Audrey Roloff Tells All: Does She Want More Kids After Number Three?
Jeremiah Duggar Forced To Start Business After ‘Counting On’ Cancelation
Amy King Teases That Jill Duggar May Be Working On A Tell-All Book
See Jinger Vuolo’s SHOCKING Before & After Transformation Photos