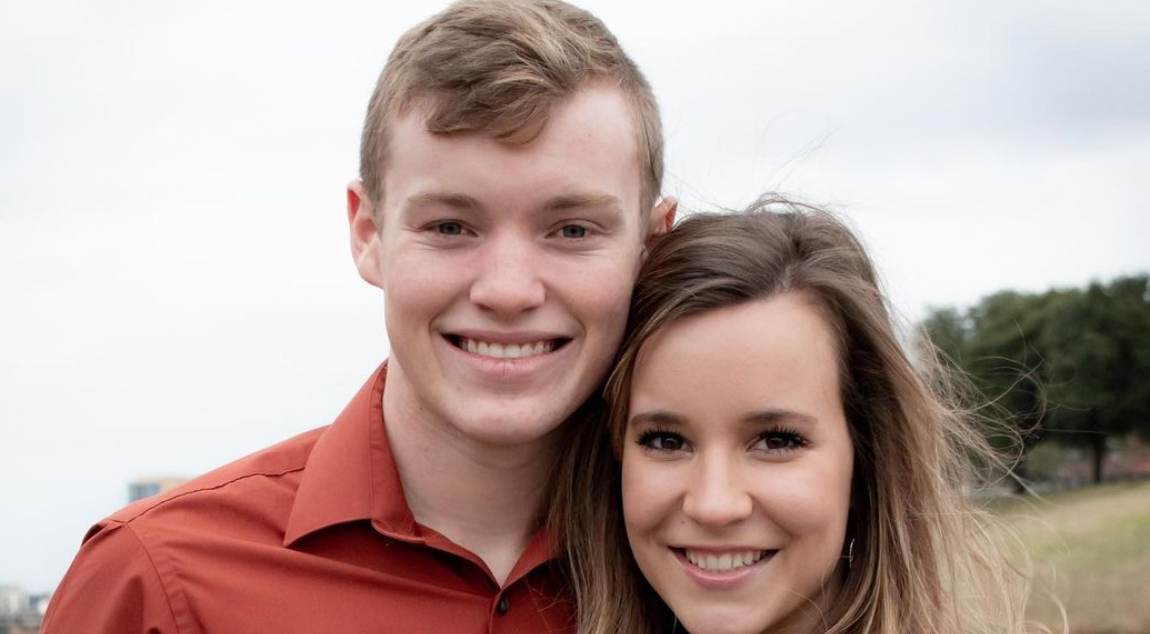 Another Duggar grandbaby on the way? It’s looking like it’s possible! Justin Duggar and his new wife Claire Spivey might already have a bun in the oven. The news might have been accidentally leaked on social media before the couple was ready to announce it though.

It all began when Claire commented on one of her sister-in-law Joy Forsyth’s photos of her daughter Evelyn. She called it a “precious photo.” In response, a couple of Instagram users interacted, seemingly confirming that Claire has her own baby on the way.

In response to Claire’s comment, one user wrote, “Congratulations! I know it’s not officially announced but I hope you are feeling super good.” The user added a baby emoji. Another user got upset over the comment, pointing out that they were taking that special moment away from Claire and Justin.

The comments didn’t stay up for very long. It’s unclear who deleted them, but someone must have wanted to put an end to the rumors. No one from the Duggar family had a chance to respond to the rumors and set the record straight. But even if Claire was already expecting a baby, it’s unlikely that she would make such a big announcement on one of Joy’s Instagram posts. She would likely make a separate post on her own page to share the news.

Could Justin and Claire Duggar be expecting?

Justin and Claire got married in February. So, by now, it’s possible that they have a baby on the way. In the Duggar family, the women typically get pregnant quickly after tying the knot.

While Claire’s pregnancy was seemingly confirmed by an Instagram user, this doesn’t mean she’s actually pregnant. That comment could have come from someone close to the family who knows whether she’s expecting. Or it could have been from a troll who’s trying to start rumors.

No matter what, Claire and Justin may announce a pregnancy themselves soon enough. Fans think that the pair will start their own little family in the near future.

So, do you think Justin Duggar and Claire Spivey are expecting? Or do you think that it’s all just a rumor? When do you think they will officially announce that they have a baby on the way? Let us know your thoughts in the comments below.