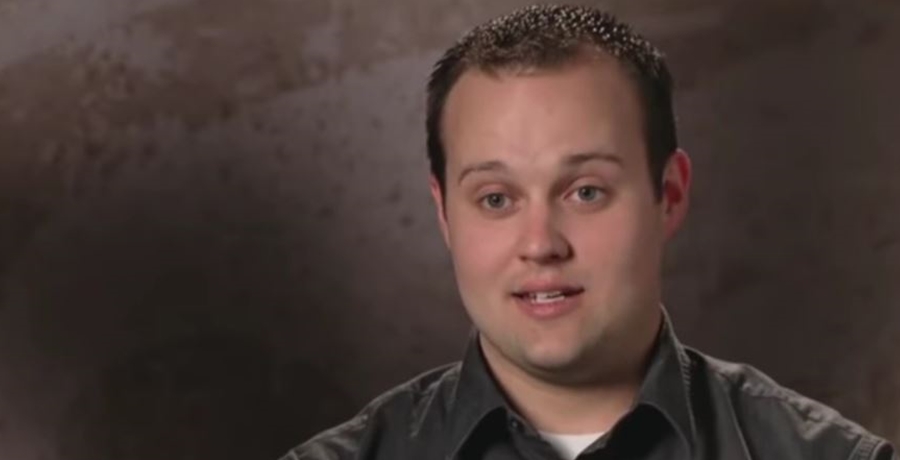 Josh Duggar gets a lot of hate from TLC fans these days. Actually, ever since the news about his molestation scandal emerged, critics wanted the Duggar family taken off the network. Instead, all that happened was that a hiatus came along, and then 19 Kids and Counting resurrected itself as Counting On. Well, some critics have some very long memories, and one of them recalled that a long time ago, Josh and Anna preached to inmates in a prison. So, those who think he might try it if his court case lands him in jail think it might not go so well for him.

When the FBI raided a property in 2019, fans wondered if Jim Bob’s eldest son might be in trouble. After all, even though he never featured in Counting On, fans never forgot his disgusting behavior with his sisters. Plus they never forget that apparently Jim Bob pretty much made sure his son suffered no real punishment for it. Only his sisters ever bore the brunt of the shameful incident that happened when he was a teenager. For years, fans predicted he’d land in trouble with little girls again one day.

Unfortunately, those predictions seemed to come true when news arrived that Josh Duggar ended up behind bars. The charges included possession of explicit images involving kids and abuse. Now out on bail, he returns to court in July. Meanwhile, critics think he’s guilt already and many of them hope he serves a jail sentence for a very long time. You can read his bail conditions HERE.

If he lands up in prison, critics predict he won’t last long even if he preaches

Redditors dug up an old episode from TLC. The Sun UK noted that it came “as part of TLC’s 19 Kids and Counting: GrandDuggar First Birthday special, which aired in November 2010.” In the clip, Anna and Josh Duggar went off and preached to some women who sat in prison. Lots of TLC fans hated that they went there. After all, what does Anna know about life? Anyway, the conversation turned to her husband. Clearly, if he goes to prison again, he’s not likely very welcome in the community.

One critic of Josh Duggar said on Reddit, “I’m glad to know that usually in prison they take care of child molesters; He deserves everything they give him.” Well, it’s common knowledge that reports about child molesters meeting a grim end up on mainstream media. In February 2021, a prisoner confessed that he killed two of them. Well at this time, it’s not even known if he is found guilty if he will even serve time in a maximum-security prison. As one person pointed out on Reddit, “5% chance is still a chance [for a not guilty verdict.] I’ll be relieved if he serves time, though I doubt he will get the amount he deserves. Remember, in the eyes of the court, he is a first time offender.”

Did you recall that Anna and Josh once preached to prisoners? If he goes to jail do you think he’ll even try it? Sound off in the comments below.

Remember to check back with us often for more news and updates about Josh Duggar from TLC’s 19 Kids and Counting.

Wait, Why Isn’t A New Episode Of ‘Extreme Sisters’ On?!
Which ‘RHOC’ Alum Could Return As ‘Friend’ Of The Housewives?
‘Bering Sea Gold’ Exclusive: Shawn Is Dead in the Water
‘Days Of Our Lives’ Two Week Ahead Spoilers: Ciara Returns – Lani & Eli’s Bash Crashed
’90 Day Fiance’ Spoilers: Are Angela And Michael Still Married?