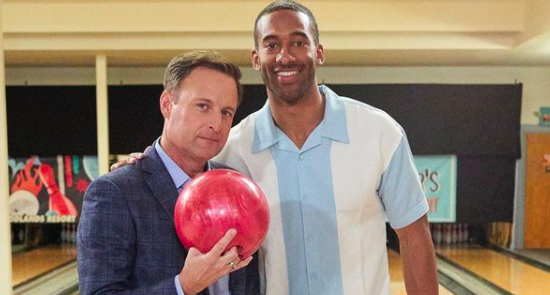 Chris Harrison left Bachelor Nation, but apparently, he isn’t going quietly. It’s been reported that Chris threatened to ‘spill dirt’ on the show if they didn’t give him a large payout.

By now everyone knows that Chris Harrison will never be returning to Bachelor Nation. While he made a short and sweet post on his Instagram about his departure from the franchise, it actually wasn’t that sweet of a situation.

The whole process of Chris leaving took weeks of negotiation ScreenRant says. Needless to say, Chris was fuming. Seeing as he has been with the show for 20 years, he definitely knows their secrets. He planned to use them to his advantage too. If they didn’t pay him enough, he was going to expose all of their secrets.

“He has nearly 20 years of dirt,” a source says. “Instead of handing them a rose, he was absolutely ready to hand them a lawsuit detailing all the behind-the-scenes details…Chris Harrison’s whole life was The Bachelor, and he didn’t want to let go. He still is really sad to leave, and there have been very tough and very heated negotiations going on for weeks.”

This was such a tough situation, in fact, Chris ended up hiring an attorney to come after the franchise. It seems that Chris was not ready to step down from his Bachelor Nation role.

Chris wanted a 25 million dollar payout, however, he didn’t get quite that. No one knows exactly how much he got paid to leave, but he did get a number in the eight-digit range.

So what are these secrets?

Of course, now fans are wondering what exactly Chris knows. What isn’t the show telling everyone? Well, apparently there has been a lot of inappropriate behavior on set. Chris even has evidence to back his claims up.

“He knows a lot about inappropriate behavior on set: fights between contestants, misbehavior including use of illegal substances while overseas and complaints from producers that were allegedly brushed under the carpet by ABC execs,” a source reports. “He was ready to tell the truth about how things really work over there—and he has plenty of evidence to back him up.”

ABC is lucky they were able to keep him quiet or it really would have been the official downfall of the Bachelor franchise.

Will you watch The Bachelor now that Chris Harrison is gone? Let us know in the comments below. Come back to TV Shows Ace for more news on all of your favorite reality TV stars.