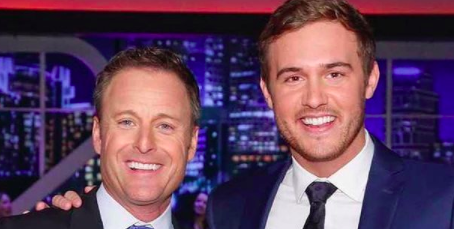 Chris Harrison is stepping away from Bachelor Nation for good. Of course, many alums are not happy about this. However, Peter Weber made a sweet post that really stands out amongst the others.

Now that Chris has officially left Bachelor Nation, former stars are taking time to reflect on what once was with the host.

Peter, a more recent Bachelor was one of the last cast members to get Chris Harrison as his mentor.

“End of an era right here. I remember running into Chris when I was 18 at the movies. Never imagined all these years later I’d have traveled the world with him and forged such a great friendship, Peter starts his heartfelt message.

He continues by thanking him. “Thank you Chris for your mentorship and for having an impact on so many. The show will never be the same but that’s only a testament to you. Can’t wait to see what you do next my friend!”

Of course, Peter includes several photos of himself with Chris Harrison.

Fans in the comments were nothing but supportive.

Peter isn’t the only alum reacting to this situation.

Rachel Lindsay is also speaking out. Apparently, she wasn’t actually expecting Chris to quit the show for good.

“I gotta say, I am [shocked]. I wasn’t expecting for it to happen, not after the announcement,” Rachel says.

Of course, now everyone is wondering why it happened. While no one knows for sure, Rachel does have some ideas of what could’ve pushed him over the edge.

“I think several past contestants coming forward and saying they didn’t want him to be part of Paradise. I think Katie Thurston, her very last tweet before she went to film her season was that Chris needed to step away,” she says.

She continues by saying “I think that, coupled with the interview that happened on this very stage, maybe led to him not coming back.”

Are you sad to see Chris Harrison go? Let us know in the comments. Come back to TV Shows Ace for more news on all of your favorite Bachelor Nation stars.