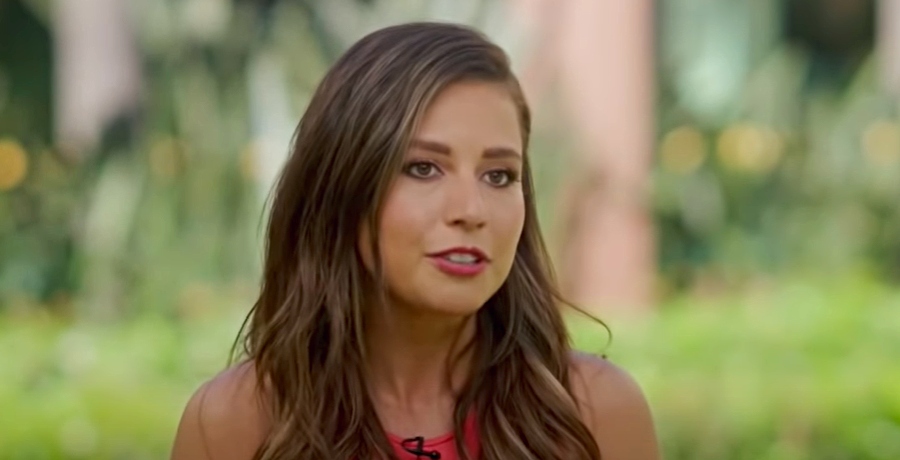 Katie Thurston will start sharing her journey with America this evening. Kaitlyn Bristowe has spoke out about the support she and Tayshia Adams were able to give to her being on set. Now Katie shared a message she’d sent to Kaitlyn and her gratitude for the former Bachelorette.

In the trailer, it’s clear Katie didn’t know Tayshia and Kaitlyn would be the hosts until they showed up. Having to quarantine and be isolated for her season she was in the dark. Of course, she is thrilled they were there with her and she could get their insight. Having two former leads there with her is an advantage no other Bachelorette has experienced before.

What Did Katie Thurston Say To Kaitlyn?

Katie Thurston said the first message she sent to Katilyn was in 2016. She told her she saw the picture of her crying on Instagram and had to reach out. She said, “I’ve never messaged someone I didn’t know. Woman to woman I felt I needed to reach out.” Katie became a fan favorite early on Matt’s season when she showed up with a sex toy and advocated for female sexuality. She’d already gained quite a following on TikTok for sharing very truthful stories about her life. She’s someone fans feel like they really know.

She told her she was beautiful inside and out and she loved watching her journey. Katie told her, “you sparkle and people can be jealous.” Katie told Kaitlyn not to let anyone take her crown. During Katie’s time on Matt James season, Katie emerged as an advocate for the women.

She told Matt when people were talking about one of the girls being an escort. This didn’t gain her any friends in the house, but she never backed down from what she believed was right. She even shared that the segment where they shared their fantasies was great, because the women were able to express their sexuality. She told her fellow contestants she was excited to see that side of them.

What Is Katie Looking Forward To On Her Season

Katie Thurston said “life has now come full circle with her helping me along the way during my struggles and sadness.” She went on to say she’s excited for everyone to see what it looks like to support each other.

Katie’s season is sure to be full of surprises and despite her not loving drama, there will be a lot of that too. She shared a picture of herself, Tayshia, and Kaitlyn. She captioned it, “tonight is finally here! Check out this squad heading into the premiere!” What are you most excited to see on the premiere tonight? Comment with your thoughts down below.