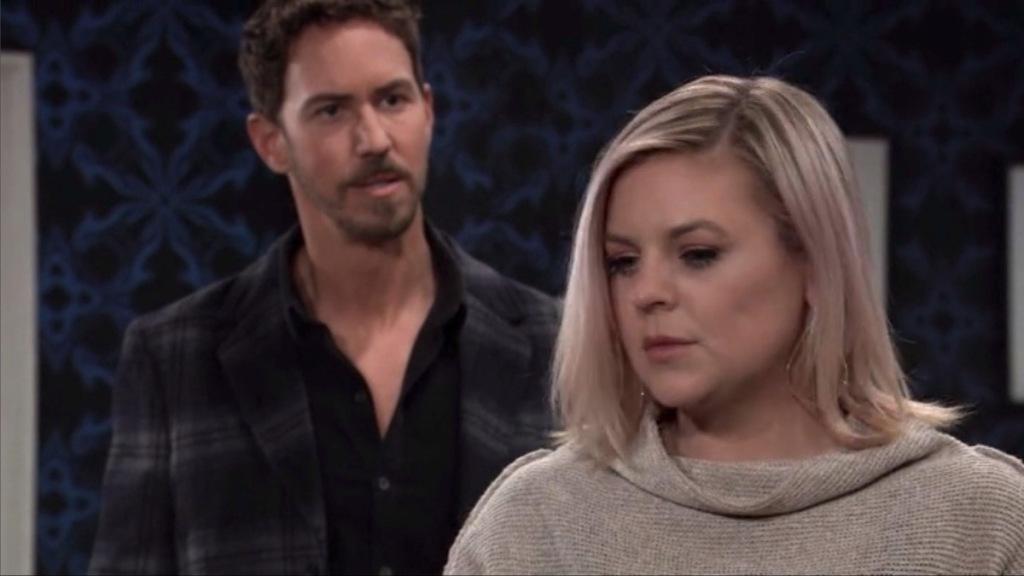 General Hospital viewers FINALLY Got to see one of the scenes featuring Kirsten Storms (Maxie) and Wes Ramsey (Peter) on June 2. Maxie finally had her moment. She read the riot act to Peter. The knife just seemed to plunge deeper and deeper as she spoke. Fans at home agreed the scene just got more and more satisfying as she spoke.

Maxie spat in his direction: “Does that hurt? I hope so. I hope you feel every bit of fear that I felt every time you would show up at my apartment or my birthing classes… I couldn’t get away from you!”

Now, Peter (Wes Ramsey) had a theory. He hinted Maxie’s anger was nothing more than an outlet for her grief. She, however, wasn’t having it. She doubled down on how upset she was. Nothing that she only spoke the “truth”

I was repulsed. It took every ounce of resolve I had not to run from you screaming. Does that hurt badly, Heinrik? I wonder if it’s as bad as what you did to Drew Cain or Franco or any of your other victims.”

If you missed the explosive confrontation or you want to check it out again, you can watch it in the video clip below.

Viewers at home were dazzled by Kirsten Storms’ powerful performance. She put all of her feelings on the table and dug the knife deep into Peter not sparing his feelings even a little. It was a very satisfying moment for GH viewers at home. Turns out, however, Wes Ramsey himself was also dazzled and amazed by his co-star. So much so that he took to Instagram recently to sing praises to her.

Check out his tribute to his co-start down below.

“Your instincts are like lightning, dangerously powerful and beautiful to watch! We really brought the house down, in a glorious blaze.” Wes Ramsey penned in praise of his co-star. In the comments, his Instagram followers agreed. It was a truly phenomenal performance on her part.

Did you think the praise Wes Ramsey sung for Kirsten Storms on Instagram was sweet? Do you agree it was a powerful performance? Share your thoughts with us in the comments down below. And, keep coming back for the latest General Hospital news and spoilers.

Is That Ava Or Olivia Busby’s Squishy Face? Fans Still Have No Idea
‘Sister Wives’: Are Kody & Robyn Brown About To Be Homeless?!
A Big Duggar Announcement Could Be Coming Soon – What Is It?
What Is ‘Bachelorette’ Katie Thurston’s Net Worth?
‘Seeking Sister Wife’: Sidian’s Ex-Wife’s GoFundMe, Troubled Past