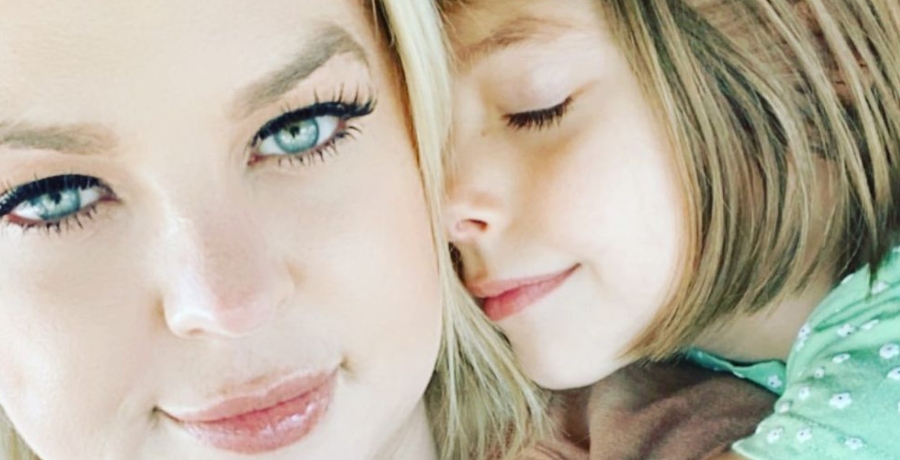 Shocking news for General Hospital fans as Kirsten Storms (Maxie Jones) is in recovery following brain surgery. The soap star took to her Instagram Stories recently to spill the details to her followers about what was going on. Her update also came with a hint of General Hospital spoilers too.

What details do we have about her brain surgery and recovery? What General Hospital spoilers did this shocking news come with? Keep reading, we will explain.

While General Hospital fans are happy to know Kirsten Storms made it out of surgery and is in recovery… They wonder what this means for the show. On the spoilers side of things, this means we won’t see Maxie for a few weeks. Why? Well, because Storms just had brain surgery. On her Instagram Stories, she informs her followers she’ll need a few weeks to recover.

In several short video clips from inside of a vehicle, Storms reveals this wasn’t something she’s shared with GH fans before. She explained it was less than 48 hours ago that she went under the knife. As you can see from the screenshots down below, she was wearing a neck brace as part of her recovery from the surgery.

Emme Rylan (Lulu Spencer) do work together. But, they also happen to be best friends in real life. As her bestie, Rylan was right beside her as Storms recovers from brain surgery. We do know Kirsten Storms will have a nurse taking care of her at home. But, her bestie is also happy to help step in.

Why Did Kirsten Storms Have Brain Surgery?

Fortunately, Storms was kind enough to relieve panicked followers and explain why she had the surgery. Turns out, she had surgery on the lower section of her brain.

What they had to drain and remove was not cancer. I want to clarify that right now before the Internet goes crazy wild with rumors about this. I had a very large cyst that had split into two.”

Her doctor opened up her skull so they could relieve the pressure on her brain.

Did you know General Hospital star needed brain surgery? Are you bummed Maxie will be out for a few weeks while Kirsten Storms recovers? Stick with us at TV Shows Ace for the latest General Hospital spoilers and news.