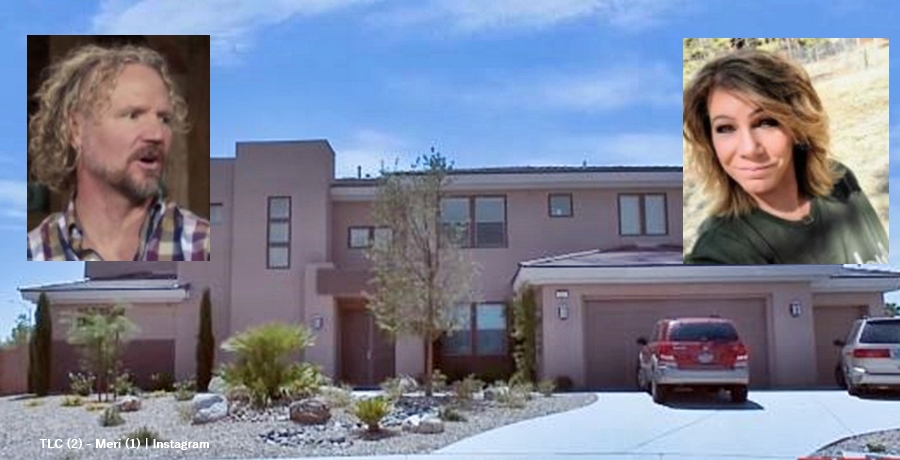 Sister Wives star Meri Brown’s home in Las Vegas sold for just $574,900 on May 7, 2019. Now the home is relisted for much more than that. Kody seemed in such a rush about making the Flagstaff move, fans never really understood it. After all, they left so fast that they never even sold their homes first. Naturally, that left them with financial problems in Arizona.

TLC fans know that Kody stressed about finances when they first moved away from Las Vegas. Janelle understood the rashness of his decision as she worked in real estate. So, things became heated as they faced an uncertain future. Christine’s home reportedly sold for $600K but then it turned out a false alarm. However, after multiple slashings of the asking price, they finally unloaded it. However, that only came about after Meri’s house sold. In fact, apart from Robyn, all the other homes sold very slowly.

The buyers of the homes, including that of Sister Wives star Meri Brown, possibly scented blood in the water. After all, the media made a big fuss about how slowly each and every home sold. Actually, a scent of desperation to obtain the cash probably made wise investors hold off for a bargain. Fortunately for Meri, she never needed to slash prices as often as Christine. Nevertheless, she first listed it at $599,900 but dropped the price to $574,900. Now it lists at $800K just a short time later.

$800K asking price after some renovations

The Sun UK reported on June 3, that the home that belonged to Sister Wives star Meri appeared on the market for $799,000. Photos on Realtor reveal that dingy carpeting was replaced with tiles. Additionally, Meri’s choices of browns and dull colors were replaced with light colors and some dark contrasts.

As you can see in the before and after photos of the sitting room below, perhaps the dreary mud colors Meri Brown chose just turned prospective buyers off. These days, Meri no longer owns a home and rents a place in Flagstaff. Additionally, with no sign of development on the Coyote Pass property, possibly, she rues the day she followed Kody to Arizona. One thing in her favor, at least, is the fact that her BNB, Lizzie’s Heritage Inn isn’t available for Kody to sell.  Recall, Meri raised the downpayment without his help.

What are your thoughts on the home fetching much more than Sister Wives stars Kody and Meri got for it? Fair enough, changes took place, but not incredibly expensive ones by the look of it. Can you fathom what the rush was all about to shift to Flagstaff, Arizona? Sound off in the comments below.

Remember to check back with us often for more news about Meri Brown, Kody, and the rest of the cast on TLC’s Sister Wives.