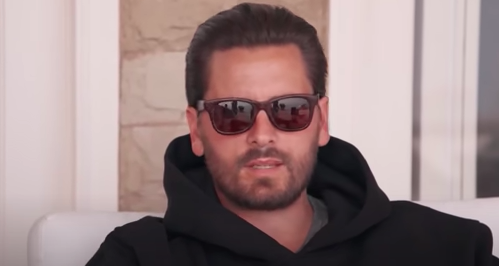 Scott Disick and Kourtney Kardashian have a long romantic history. Turns out, not even two new relationships can keep Scott’s feelings at bay for the Keeping up with the Kardashians star.

Sharing three children, Scott and Kourtney spend a lot of time together. They did date for about ten years before switching to co-parenting. This season of Keeping up with the Kardashians has touched on their relationship a lot. The whole KarJenner crew seems to want to see them back together, but Kourtney just isn’t sold.

Flash forward to the present time, and they are both dating other people. Kourtney is dating Travis Barker. They have been friends for a long time and are finally taking things to the next level. By the looks of it, they can’t keep their hands off of each other.

On the new episode of KUWTK though, Scott reveals who he really loves Love&Style says. This all starts when the family does a scavenger hunt together. Khloe Kardashian asks Scott questions. The first one she asked is who his best friend is. Scott reports back that it is Kourtney.

“Probably Kourtney even though she’s not that nice to me,” Scott tells Khloe.

From there, Khloe asks Scott if he is still in love with her sister.

“Is Kourtney your girl for life?” Khloe says.

It sounds like Scott still has some unresolved feelings about his ex-girlfriend. Probably not the best considering his current relationship.

How does Kourtney feel about Amelia?

Turns out, she has Kourtney’s approval. Apparently, despite her young age, she is actually great with Kourtney and Scott’s three children.

“She’ll always be ‘mom’ and no one will ever take that away from her,” a source says about Kourtney. “Amelia respects Kourtney and would never try to replace her. She knows where she stands.”

Apparently, the kids like her too. At the end of the day, that’s all that really matters! Hopefully, Scott will be able to figure out who he really wants to be with though.

Do you think Scott Disick and Kourtney Kardashian belong together? Let us know in the comments below. Come back to TV Shows Ace for more news on all of your favorite Keeping up with the Kardashians stars.