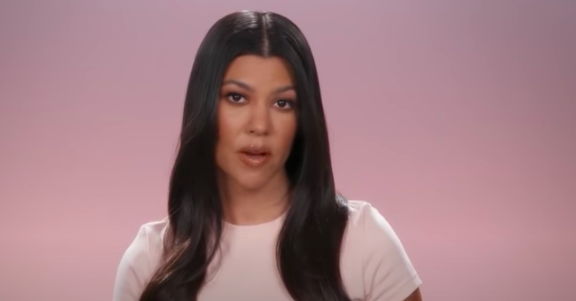 Despite Scott Disick’s constant efforts to get back with Kourtney Kardashian, she has started dating Travis Barker. It sounds like she has put some pretty strict guidelines on Scott to keep him at bay.

Scott Disick and Kourtney Kardashian have always had an interesting relationship. Scott in particular has made it clear that he will do anything for Kourtney no matter who he is dating. It seems like Kourtney is changing that though. She is actually limiting communication with Life & Style says.

A source reveals “they talk about the kids and figure out the kids’ schedules. There’s no room for added communication at all.”

This is a huge change from how their relationships normally go. Apparently, Kourtney Kardashian and Travis Barker are actually really serious. Apparently, more serious than Kourtney has ever been with anyone other than Scott.

However, Scott “understands how serious Kourtney and Travis’ relationship is,” the source says. They continue to reveal the details of their relationship.

Scott is actually in a relationship too right now. This may be a great time for them to both spread their wings and get out of the same rut they are always in. Even if it does break the hearts of Kourtney and Scott fans everywhere.

Kourtney and Travis get even more serious

Kourtney and Travis have been together since January and they are moving pretty quickly in their relationship. Even Travis’s ex-wife has noticed some weird things going on between the couple. Not only did Travis get a tattoo of Kourtney’s name, but he let Kourtney Kardashian give him a tattoo.

She tattooed the phrase “I love you” on her boyfriend’s arm.

Travis is lucky Kourtney has such great handwriting as the tattoo turned out looking pretty good. It’s definitely a sweet and permanent sentiment.

Only time will tell if Travis and Kourtney end up staying together. However, for the time being, it really seems like she and Scott are out of the question for now.

Do you like Kourtney Kardashian and Travis Barker together? Or, do you like her with Scott Disick more? Let us know in the comments below. Come back to TV Shows Ace for more news on all of your favorite Keeping up with the Kardashians stars.