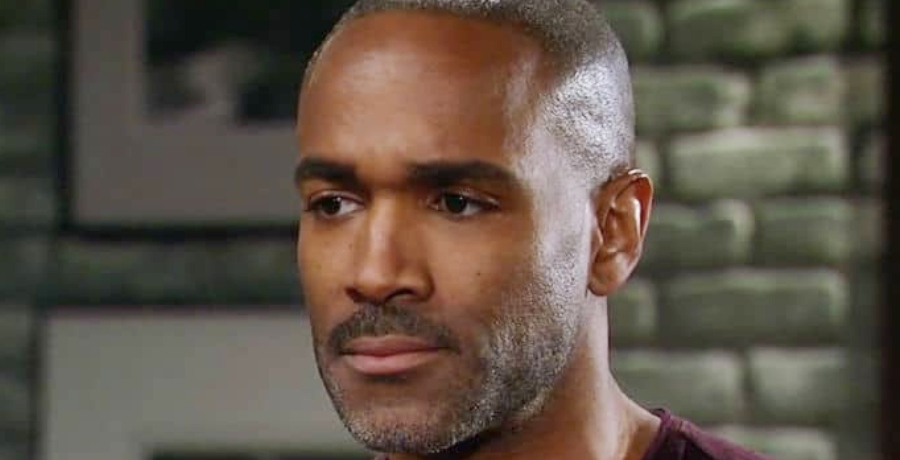 The week of May 31 was a wild one on General Hospital with many Port Charles residents fighting for their lives. During Friday’s show, someone new was seriously injured and that leaves fans wondering if a heartbreaking death is on the way. Is Donnell Turner leaving General Hospital as Curtis Ashford?

While Laura was being held hostage by Cyrus, Jordan, Kevin, Taggert, and Curtis all were desperate to rescue the mayor from the mobster. While Kevin tried to negotiate with Cyrus, Curtis quietly grilled Trina about other ways to get into the house. He tried to sneak in and turn the tables on Cyrus, but he got shot.

Luckily, Jordan and the swat team quickly got inside the home to save Laura. She was fine, although one gunshot hit Cyrus again. He remained conscious, though, while an unconscious Curtis remained on the floor. They were both rushed to General Hospital, and Curtis’ condition seemed quite dire.

“Come on Curtis everyone is pulling for you; including your two women,” tweeted another viewer.

“If Curtis dies, I’m gonna be mad,” another poster declared.

Luckily, General Hospital spoilers suggest Curtis makes it through this. However, this scenario could spark a major bombshell to drop.

For quite some time, people have been expecting it to turn out that it’s Curtis, not Taggert, who is really Trina’s biological father. Writers sidelined the possibility for a while, but this is the perfect time to bring it back.

“Cyrus shot Curtis so is this where Portia tells him Trina is his daughter thinking he dies?” speculated a fan.

General Hospital spoilers for Monday’s episode reveal Trina anxiously visits Curtis as he lies unconscious at GH. She’ll get emotional and beg for him to recover as others scurry outside his room.

According to SheKnows Soaps, someone unexpected will show up to see Curtis, and the previews suggest this is Aunt Stella. During Tuesday’s show, Portia and Curtis spend time together. In fact, something about this will prompt Stella to question what’s going on with them. Does this mean he’ll be conscious again at this point?

At the moment, General Hospital spoilers don’t reference Curtis beyond the June 8 show. Despite that, all signs seem to point toward Curtis sticking around Port Charles and his injury sparking some significant changes in his personal life. Is he really Trina’s father? Will he end up with Portia or reunite with Jordan? There’s great stuff on the way and the week ahead should be jam-packed with juicy developments.