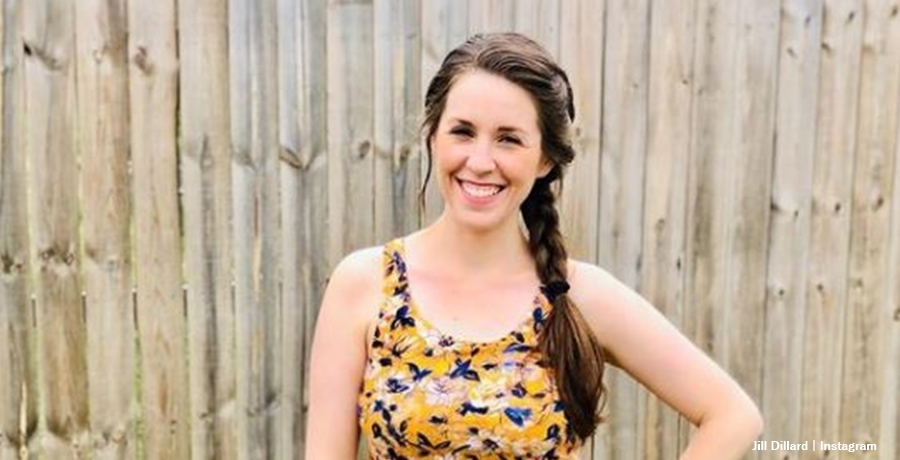 Jill Duggar Dillard obviously feels something about her brother Josh being arrested. After all, she was one of his victims when the molestation scandal emerged. Although TLC fans only just heard about the nature of Josh’s arrest, the Duggar family probably knew since his office was raided in 2019. Possibly, the stress really gets to Jill and caused an acne breakout.

Jill Duggar already saw a therapist before her brother’s arrest

Even before Josh’s arrest in April, this year, Derick’s wife obviously felt some stress about Jim Bob. After all, she practically became estranged from them. Derick, in particular, seemed furious and alleged that his father-in-law wanted them to continue filming after the molestation scandal broke out. They left Counting On, and he later opened up about how allegedly, they never got paid. In fact, some people think he studied law in order to take on TLC and Jim Bob. So, through that difficult time, she confessed that she saw a therapist.

Jill Duggar Opens Up About How Therapy Has Changed Her Relationships

Jill Duggar finds comfort and support from her friends and Amy King, her cousin. It cant be easy for her at all right now. Fortunately, though, she remains close to her cousin Amy. Plus, she and Derick made friends outside of the clan. While she never mentioned Josh, we reported that in one Instagram post, she noted, “I know this last year has tested all of us so much…but sometimes it’s in the difficult times that you see more clearly who your people are as they become the hands and feet of Jesus!”

Is her breakout related to the stress of the arrest?

Jill Duggar took to her Instrgam again and spoke about her breakout of hectic acne. Actually, related to promoting a skin product, her message seemed genuine. The Hollywood Gossip speculated that she possibly referred to stress from her brother’s indiscretions. It showed that about five months ago, she suffered a breakout as bad as any unfortunate teen. While she thought it might be related to her hand lotion, she also mentioned stress.

Of course, Jill Duggar revealed before and after photos, but five months ago, the family knew about Josh and the alleged crimes uncovered on his computer. Possibly, Jill also knew about it. As one of his former victims, she probaly feels terribly distressed about the whole thing.

Do you think that the Counting On alum dug up some old footage just to promote a product? Or, is she hinting that she really struggles with all the stress caused by her brother’s serious charges? Sound off in the comments below.

Remember to check back with us often for more news about Jill Duggar Dillard and the fallout of Joah Duggar’s arrest.

‘LPBW’ Will Zach & Tori Move To Roloff Farms For Jackson And Lilah?
‘Seeking Sister Wife’: The Winder Family Takes In Creepy New House Guest
Lauryn ‘Pumpkin’ Shannon’s Baby Boy’s Name: When Will Fans Meet Him?
What Does Jacob Roloff Do For A Living & Does He Still Live In A Van?
Kelly Dodd Exposes Braunwyn, Blames Former Co-Star For ‘RHOC’ Firing