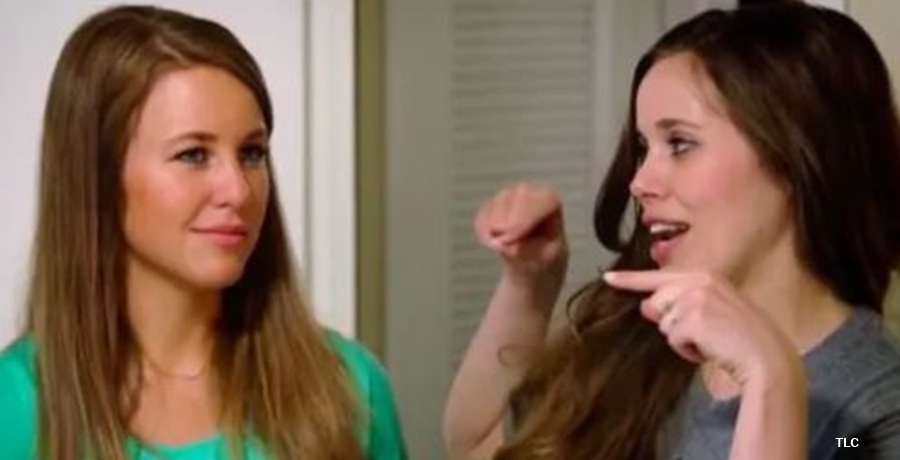 There are rumors about Jana Duggar courting Stephen Wissmann. They did the rounds since Christmas last year. It came when fans spotted a photo of her with the Wissman clan. Despite Jessa Seewald denying they court or became engaged, the rumors persist. Now, she reportedly stays with the family in Nebraska. Could she try and avoid the limelight as her brother Josh ended up arrested? Or, might she and Steven take their relationship to another level soon?

We reported that Jill Dillard caught up with Amy King and her aunt Deanna soon after she and Derick vacationed with the kids. Jill enjoyed a great time camping out on her birthday. However, when she returned, she enjoyed a belated lunch with her sisters, Jessa and Joy-Anna. However, fans noticed that her big sister Jana missed out on the celebration. So, some fans wondered if they were on the out with each other. However, it now turns out she was away with Stephen’s family.

Are Jana Duggar & Jill Dillard At Odds With Each Other?!

We reported that Jana Duggar courting Stephen rumors started up and just increased over time. TLC fans of Counting On and 19 Kids and Counting often talk about her dating someone or other. However, the rumors about her courting Stephen still run wild. When asked about it, Jessa said, “Haha! That’s not true.” Nevertheless, TLC fans don’t believe her. After all, the Duggar family seem way more secretive about their kids and relationships these days. Jedidiah is a perfect example of that. Recall, he and Katey Nakatsu marrying came as a total surprise.

Is Josh’s sister hiding out with Stephen’s family?

The Hollywood Gossip noticed that Jana Duggar “traveled all over the country so that she and Stephen can enjoy secret rendezvous.” In their article, they revealed that she met up with him in Florida. At the time, she went along with her brother John and his wife Abbie. So, potentially, they chaperoned her. Of course, she might have just gone along for an innocent vacation with her brother. Nevertheless, Counting On fans hope for Jana to find a man and move out of Jim Bob’s home. So, they prefer the courting theory.

On June 1, the outlet revisited Jana Duggar and Stephen Wissmann. They reported that she currently stays with his family in Nevada. So, that accounts for her missing Jill’s birthday lunch, They speculate that she fled away from Arkansas to distance herself from Josh being arrested. Alternatively, she might stay there as part of their courtship.

Do you think that the oldest Duggar daughter left for Nebraska because of her brother’s arrest? Or, it just a confirmation that she and Stephen might soon take their rumored relationship to another level? Sound off your thoughts in the comments below.

Remember to check back with us often for more news and rumors about Jana Duggar and Stephen.