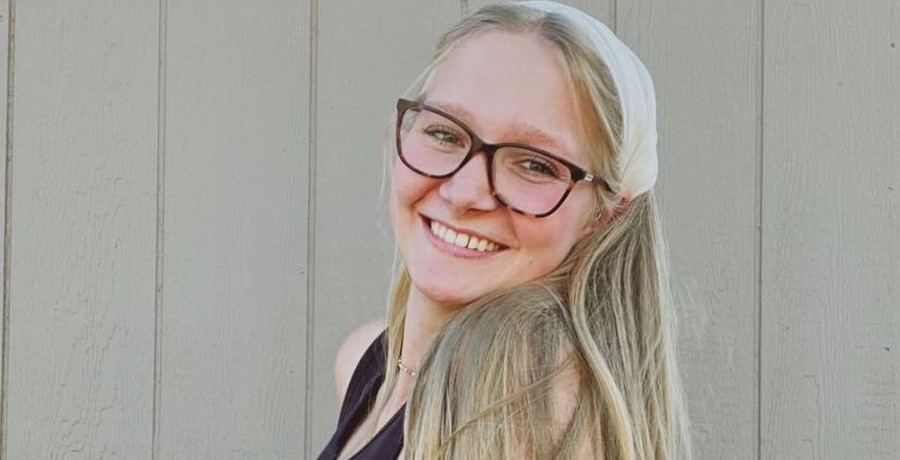 Ysabel Paige Brown grows into a beautiful young woman, Sister Wives fans think. In recent months, she shared some stunning photos on her Instagram. Tall and slim like her mom, Christine, she’s now taller than her, too. Of course, fans take an interest in her as they saw her with her back problems in several seasons. Last season, fans grew angry as Kody suggested she travel for her back surgery by herself. Actually, being tall, it’s probably just as well she finally got the problem of her scoliosis fixed. However, is she taller than her dad, Kody?

Sister Wives fans saw some photos in May that revealed Christine ended up over-topped by her daughter. On Mother’s Day this year, she shared a photo of herself in a long blue dress. In it, she clearly grew a lot since fans saw her crying about wearing her braces for her back. In fact, Christine only came up to her daughter’s nose. TLC fans know that Christine looks tall and quite slim. In fact, it was the same dress that Ysabel shared that she might have worn to her prom. Even in shoes with no heels, she looks so tall.

When Ysabel Paige Brown first posted her photo of herself in her slinky blue dress, some fans wondered if her mom and dad were okay with it. After all, they seem like quite a conservative family. Probably, they like modest clothing because of their religious beliefs. We reported that while she respected Kody and Christine, for special occasions, the spaghetti straps on the dress are fine. Of course, the moms on Sister Wives are usually more conservative when it comes to clothing. The TLC star told her fans, “i try to be as modest as possible for myself and to respect my parents but if it’s a fancy event then i think i get a pass lol.”

Height revealed – is Kody’s daughter taller than him?

Fans know that Paedon, the brother of Ysabel Paige Brown, makes Kody look tiny. InTouch Weekly reminded fans that he graduated from the National Guard Bootcamp in 2019. Well, the photo that Christine shared revealed that Paedon grew into a giant of a man. Hopefully, his sister stops growing before she hits his height!

Anyway, checking back through past photos, we found out how tall Ysabel Paige Brown is. At least, that came back in back in late April this year. She shared a photo of herself wearing denim shorts, a tank top, and flowers in her long blonde hair. A fan asked her, “So pretty. How tall are you? You look so tall on the show.” Kindly she replied, saying, “5’11!!” That means that she’s the exact same height as Kody Brown.

What do you think of Christine’s daughter reaching the same height as her dad, Kody? Do you think she might still grow some more and overtake him as Paedon did? Sound off in the comments below.

Remember to check back with us often for more news about TLC’s Sister Wives star Ysabel Paige Brown.