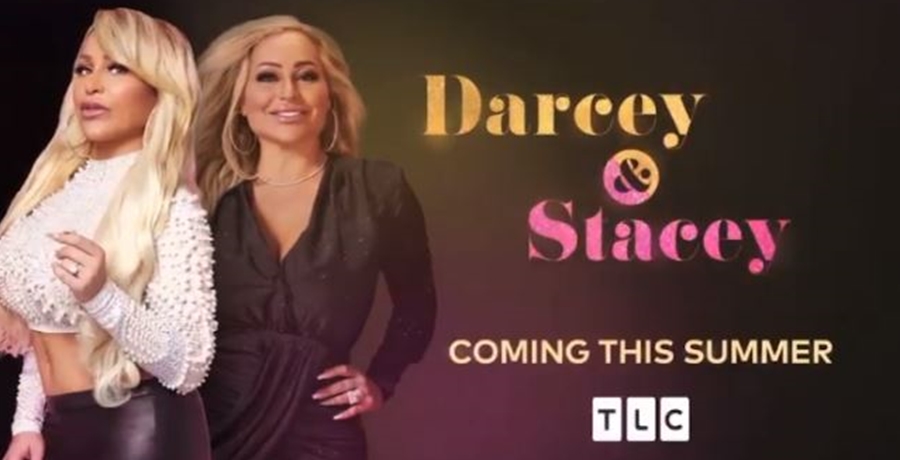 Darcey & Stacey Season 2 arrives this summer. Of course, you probably don’t need a preview to know it’s full of drama and a lot of tears. Additionally, the return of Jesse Meester might not shock your socks off either. He just won’t go away, fans think. Actually, he certainly hangs onto the reality TV return-spring. When TLC fans saw the preview, they quickly reacted to the scenes.

In real life, at least back on Valentine’s Day, Darcey Silva celebrated her love for Georgi Rusev. TLC fans saw that Georgi made a huge effort with his fiance and got her flowers and expensive shoes. In fact, she seemed so delighted with his thoughtful gifts, that Darcey shared about it as she unwrapped the gifts. Later, they celebrated by watching old scenes from Season 1 of the show. Actually, it temporarily laid to rest some rumors of things going wrong between the couple. Well, in Season 2, the preview reveals that things actually get ugly.

Fans of the 90 Day Fiance spinoff know that Georgi who appeared in Season 1 of Darcey & Stacey connected with her ex, Jesse Mester. That news came back in February as well, a couple of weeks after Valentine’s Day. Notably, it came after her man wnt very quiet on his Instagram. In his post about Georgi, Tom, and Michael reaching out to him, Jesse said that nothing changed. Well, in the new teaser, fans see that the show reveals he did in fact contact Jesse. Right at the end, Jesse appears, as if to surprise fans. However, they are not really all that shocked. After all, he somehow edges in ever since she dumped him before Tom.

In October last year, Screenrant predicted Darcey & Stacey Season 2 would arrive this summer. They thought fans might expect it around about August 2021. Well, that might still be correct as the new preview says it comes in summer. However, no actual premiere date emerged yet. The outlet also suggested that fans might see “Darcey’s daughters and fan-favorites Aniko and Aspen Bollok.”  Additionally, the outlet mentioned fans chatting about “some tiny new members may be added to the Silva clan.”

Well, in the preview for Darcey & Stacey Season 2, there’s an ultrasound scan. Meanwhile, Florian talks about kids. Stacey wants a baby as she fears he might leave her. At one stage, she says it “hasn’t happened yet” and looks tragic. Meanwhile, Georgi and Darcey get into a massive shouting match. She yells at him to not ever be “disrespectful” of her again. It came after Stacey talked about her concerns he might just be after Darcey’s money. Soon after that, Jesse popped up on the screen. Later, fans see Darcey melting down in tears about never being loved.

TLC shared the preview for Season 2 of Darcey & Stacey on Instagram and fans reacted in the comments. One of them asked, “Why in the hell Jesse keeps showing up?” Then another fan talked about the usual tears, and they feel sick and tired of it all the time. Additionally, they noted, “I love them, but if i see one more person cry im going to cry.” Meanwhile, others really can’t with more of the show. One person said, “Oh please no…..these 2 are a train wreck 😝😝.”

Nevertheless, other fans like the idea of more entertainment from the Silva twins.

Remember to check back with us often for more news and spoilers about Darcey & Stacey Season 2.