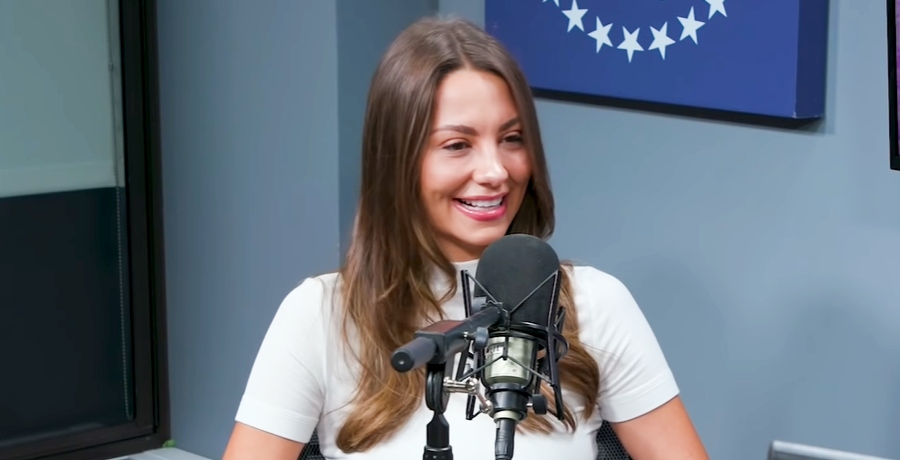 Kelley Flanagan posted on her YouTube channel acknowledging some of the things Peter Weber had said recently. She said she could let it slide, but things were being misconstrued, so she needed to address them. Looking chic in a high pony and gorgeous glasses Kelley laid out her truth.

Peter responded to her interview in which she said their relationship ended badly and with some accusations. Peter talked about her words on his podcast. He said he was going to be brutally honest. He said, “I thought it was very calculated. I thought, after hearing how it went, that it was very trying to push for a headline. Very just calculated, very disingenuous.” Peter said he needed to speak from the heart.

Kelley Flanagan Said She Wouldn’t Let Anyone Create Her Narrative

Kelley Flanagan responded to his comment that she was looking for attention. In the YouTube video Kelley said things ended badly. She said, “there was a good reason for that after Valentine’s Day.” She drew a boundary and got away from him. Kelley is still keeping some things private and didn’t reveal exactly what happened.

She said the intent for the initial interview counter-acted what she read about their relationship. The articles she read upset her because she didn’t want, “someone to create a narrative for her.”

She thought he would try to respect her and stop reaching out to her friends. She said he actually reached out to her astrologer to try and get in touch with her. Her astrologer told him it was going to take a big gesture because Kelley wasn’t a fan. It appeared he got a reading from the astrologer just to ask questions about her.

Fans Are Commenting Their Support For The Lawyer

Kelley said it sucks because some exes you can look back on with favor, but this wasn’t the case. She applauded him for being sweet and kind about how he spoke of her. But, she would have respected him more if he didn’t say she was trying to hit the headlines.

While it makes her sad, it also confirms she made the right choice. She said she has a great supportive group of friends and family. Kelley ended by saying it’s her life too and she’s not playing along with his storyline. Her fans commented on the video with their honest thoughts. One said, “when she’s literally a lawyer, Peter needs to sit this one out.” Another said, “you deserve a lot better and I am happy that you moved on!” A third said, “good for you. He just doesn’t want people to realize he’s a f boy.”  What do you think of Kelley’s response? Comment with your thoughts down below.