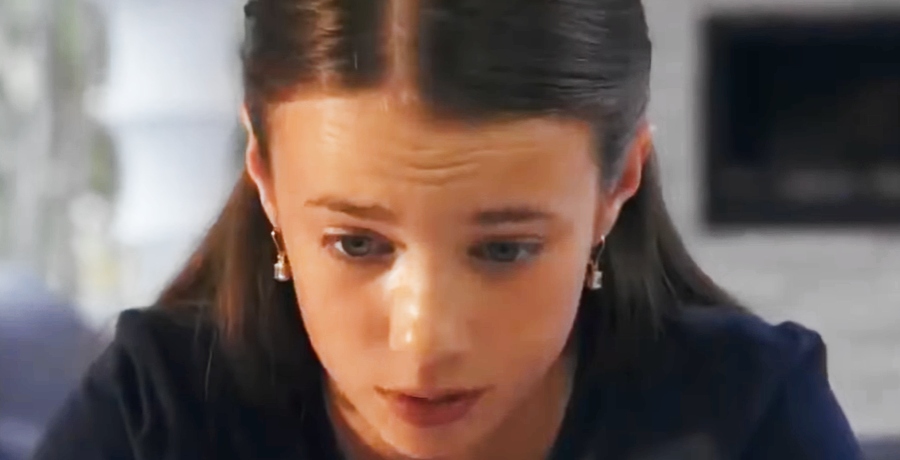 In Daddy’s Perfect Little Girl, Lifetime shares the tale of a very obstinate and determined little girl, in this terrifying thriller. This cautionary tale stars Hattie Kragten (Backstabbing for Beginners), Matt Wells (A Date With Danger), and Tracy Shreve (The Listener).

At what lengths will a little girl go to?

What Is Lifetime’s Daddy’s Perfect Little Girl About?

This is the story of a very alarming little girl! According to the Lifetime synopsis, two years after her adoptive mother dies during a family vacation in the Dominican Republic, 12-year-old Sienna now lives alone with her adoptive father, Henry.

Subsequently, the two have formed a close father-daughter bond since her adoption at age 9. At this time, Sienna’s biological mother (Henry’s cousin) was sentenced to a psychiatric institution. In Sienna’s eyes, her father is perfect! She is willing to do whatever it takes to sabotage those who don’t feel the same.

Moreover, Sienna grows jealous when the camp separates the boys and girls during an overnight trip. This creates an opportunity for Henry and Zander to bond over all the fun activities. Those are the fun things that Sienna desperately longs to do with her father!

Worse yet, Sienna’s biological mother is set to be released. She has been staying in a court-ordered psychiatric care facility. She is threatening to try to regain custody of Sienna. This would take Sienna away from Henry for good.

Consumed with jealousy by the “son her father never had,” Siena is in a quandary. Subsequently, she is now racing against the clock to ensure her mother won’t take her away. Most of all, Sienna goes to deceitful and dangerous lengths to remain forever daddy’s precious little girl.

When Can You Watch Daddy’s Perfect Little Girl?

Daddy’s Perfect Little Girl premieres on Saturday, May 29, at 8 p.m. Eastern, on Lifetime.

#DaddysPerfectLittleGirl might not be so perfect. 😳 Watch an encore airing tonight at 8/7c! 👏 pic.twitter.com/BKcRgybyMy

True events inspired A Party Gone Wrong. April (Sterling) finds herself fighting for her life. She had attended a party with her best friend, Brittney (Edmonds). After drinking too much, April finds herself getting a ride from someone she doesn’t know.

Subsequently, this suspicious driver wants to sell her organs on the black market!

Next, the second thriller airs on Monday, May 31, at 10 p.m. Eastern. This movie is The Secrets That She Keeps. This stars Zoe Cramond (Neighbours), Emily Miceli (Lady Of The Manor), and  Keller Fornes (Insane).

According to the synopsis, it seems like everyone can find a date except for Amara. Moreover, even her mother Diane has a new boyfriend.

Pretending to be 18 instead of 16, Amara uses a dating app to find boyfriend Shane. However, Diane disapproves. Soon, Diane and Amara are being stalked and harassed.

At first, they’re unsure who it could be. However, when Diane digs a little deeper into Shane’s past, she discovers that he’s every mother’s nightmare. Moreover, she’ll have to use all her cunning and courage to save her daughter!