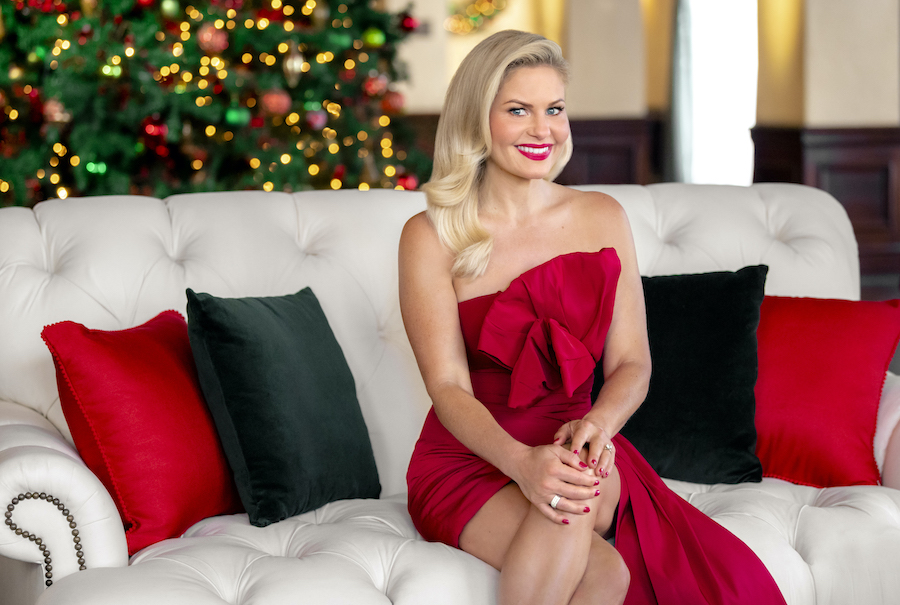 Candace Cameron Bure has already had a busy 2021, and it sounds like she will have even more to share with fans. In a recent Instagram story, CCB shared some exciting news. She will be filming a new Hallmark movie! What are the details?

Candace Cameron Bure Will Star In Hallmark’s The Kite

Are you ready for a new CCB Hallmark drama movie? According to Candace Cameron Bure, who was recently on Instagram stories, she will soon be filming a new drama. In the now-deleted post, a fan asked whether the Full House star would be filming anything besides Aurora Teagarden or Christmas movies.

“Yes! I’ll be filming a drama for Hallmark Channel this fall called The Kite. It probably won’t air until next year.”

The Kite should air sometime in 2022. Based on the name of the movie, we can guess that kite flying is generally a spring activity and that it may air in the springtime. However, Hallmark fans have been quite surprised to see Baby, It’s Cold Inside, a movie about the Ice Hotel, in May. So, who knows?

Moreover, this is Candace’s first non-Christmas, non-Aurora Teagarden movie since 2015. That was when she starred in Just The Way You Are with Ty Olsson. In addition, the next, non-Christmas Hallmark movie was the fun Puppy Love with Victor Webster.

As for her upcoming Hallmark Christmas offerings, that is still a secret.

Sleuthers are you ready? Candace Cameron Bure is back with another Aurora Teagarden Mysteries: Til Death Do Us Part. This movie will premiere on Sunday, June 13, at 8 p.m. Eastern, on Hallmark Movies & Mysteries.

However, when a skull is discovered in a warehouse recently purchased by a client of Aida’s, the focus is no longer on the bride-to-be. Lawrenceton Detective Arthur Smith (Peter Benson) shares a possible composite sketch of the victim with the members of the Real Murder’s Club.

Aurora’s heart sinks, as she believes the victim was a man who worked in investment management with her father, Charles Teagarden (Andrew Airlie). Upon sharing the news with her father and his friends, Aurora and Nick learn they were with the victim the night he died.

Moreover, it becomes increasingly obvious that they are hiding something. With more questions than answers, Aurora learns some important truths about her dad. Moreover, she learns more about the demise of her parents’ relationship long ago. Can Aurora and Nick figure out whodunnit before saying “I do” to each other?

In a recent Hallmark interview, Candace Cameron Bure revealed that despite starring in dozens and dozens of television movies, this is only the second time she is ever getting married on-screen. This is the first time she is wearing a bridal gown in a Hallmark movie.

Moreover, her first time to ever wear a wedding dress on screen was on Fuller House. However, Hallmark has kept the dress a total secret. They have not released any photos with her in the bridal gown.

CCB fans, are you excited?

‘Yowamushi Pedal’ Season 2 Release Date Confirmed: Sooner Than Expected
‘LPBW’: Are Molly & Joel Silvius Closest To Jacob And Isabel Roloff?
‘SW’ Christine Brown In Touch With Her Evil Inner Villain?
Lori Loughlin One Step Closer To Returning To ‘When Calls The Heart’
Why Wasn’t Michael Allio Chosen As ‘The Bachelor’ 2022?