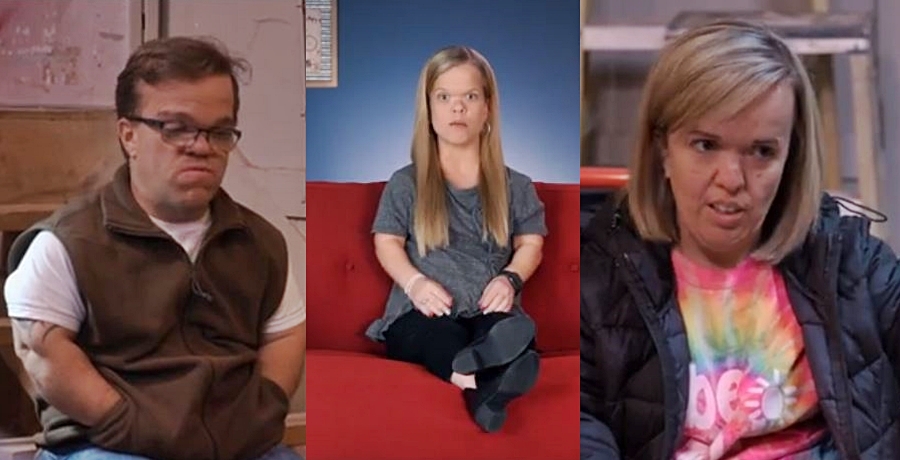 When 7 Little Johnstons Season 9 premiered on May 25, Amber Johnston immediately annoyed many TLC fans. Mainly, they bashed her because of the way she treats Anna. Actually, her snarkiness also upset her youngest son Alex. Strong reactions come as fans now feel what they suspected all along is true. Anna seems unfairly treated and her parents seem over-the-top controlling when it comes to her.

The new season centers around the Christmas season, and it isn’t exactly a happy time, as tensions rise. In the first episode, fans saw that in fact, more and more tension arises from the older kids. Liz wants out as she hates that Anna and her mom always seem at loggerheads. Meanwhile, Anna also wants out. Fans know that Jonah moves on as the show revisited that. The premiere episode revealed them all celebrating his 21st birthday and he got drunk, which probably won’t impress his girlfriend too much.

7 Little Johnstons Season 9 fans saw that things really slide downhill between Anna and Amber Johnston. If you hated the scenes in the first episode, it sounds like things get even worse. Notably, in the June 1 episode, fans will see “things explode when Amber presses Anna for details on her plans to move out.” Well, it seems that Amber fully intends to oust her daughter in the new season on TLC. We reported on May 22, that she became all defensive about her daughter. She promised that fans see the family “go a little bit deeper this season regarding the last 14 years with her.” Certainly, it sounds like payback time for the hassle of hassling Anna.

Anna wants out, clashes with her controlling mother

In the 7 Little Johnstons premiere, fans saw that Anna feels fed up. After all, she just wants to work at the daycare all the time. However, Amber Johnston wants her to work as a substitute teacher. Anna seems angry that no matter what she decided, her mom always objects. Recall, previously fans saw Amber override her college choices. This season, when she hit back at her mom, she just tells her she can leave. Actually, that’s precisely what she wants and she tells her dad she won’t discuss it with her mother again. TLC shared a promo poster and people went in there and vented about the way her mom seems so harsh with Anna.

Actually, from their comments, it sounds like Amber Johnston brings such an attitude that they feel put off watching 7 Little Johnstons anymore. In a previous teaser, even Emma got some comments because she also sounded a bit b-tchy with her big sister. Then, Alex also found some sympathy for the way his mom snapped his head off when he played around with Trent’s clogs. One fan commented on the poster, saying, “The parents are so bossy and opinionated I don’t like this show very much!”

Another critic noted, “Amber needs to lighten up and let go of Anna. Let Anna follow her dreams, not guilt her into doing what Amber wants… SMH.” Harshly, another fan wrote, “Amber is out of control. Didn’t like her on tonight’s episode.” However, one sensible fan reminded others that the show seems “extremely edited by TLC.”

Remember to check back with us often for more spoilers and news about Amber Johnston and her kids during 7 Little Johnstons Season 9 on TLC.