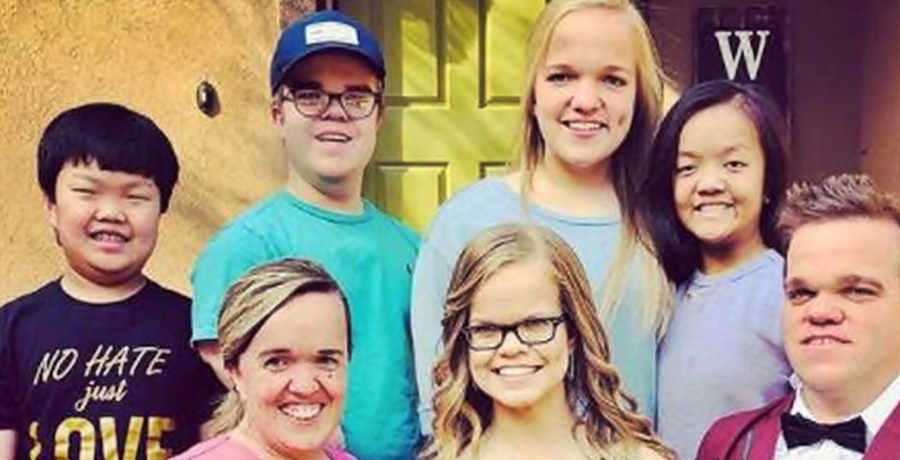 7 Little Johnstons premieres a new season on TLC on Tuesday, May 25 at 8 p.m. ET and ahead of the show, Amber talked about Anna. Once again, she addressed the viewpoints held by fans on Anna. She also addressed the vulnerabilities of reality TV. Well, the teasers noted that tension comes in this season, so maybe that’s why she also mentioned Anna. Actually, she sounds quite defensive about her daughter and parenting decisions.

The last season of the show ended with Amber and Trent telling Johan he should move out of the home. Later, rumors emerged that Elizabeth and Anna might also move out. Well, we reported that recently, fans wondered if he moved to North Carolina. Additionally, when fans saw the family moving stuff into a new home, it seemed that it might be a new place for Anna. As the new season comes with spoilers about high tension as the older kids move out, expect a lot of drama.

The drama factor in 7 Little Johnstons related to Anna, Trent, and Amber Johnston quite a lot in the past. Perhaps, that’s why Amber spoke out about her daughter ahead of the premiere in 2021. Over the past seasons, fans often slammed Trent and his wife for treating Amber differently. In fact, in May 2020, Trent became defensive and slammed fans who criticized their parenting. At the time, he said, that the show features only part of their story. Actually, the family keeps lots of stuff “private.” So, he called the critics ‘mudslingers.”

Actually, it all came after fans saw how unhappy Anna seemed as she couldn’t select her own college. Perhaps fans once again see her parents making decisions for her, as Amber also sounds defensive now.

Popculture reported what Amber said ahead of the 7 Little Johnstons premiere. In an exclusive, she told the outlet that with “Anna, it’s an ongoing, growing journey with her. ” Apparently, in the new season, fans see the family “go a little bit deeper this season regarding the last 14 years with her.” Sounding defensive against the opinions of TLC fans, she also noted,  “I’m not some hard-ass mom who only likes some of my kids.” Next, she talked about the issues the family faces working in reality TV.

The 7 Little Johnstons parents never intended to become typical “celebrities.” That’s why she and Trent still work like other people do. However, apart from being little people, they deal with other vulnerabilities. Amber told the outlet, “I think more than anything, [the difficulty is] the vulnerability and the living with what everyone thinks and thinks they know about your family.” In fact, sometimes, they find it hard dealing with a lot of “negative” comments.  Notably, it affects the kids the most.

Obviously, not all fans think poorly of Trent and Amber and their parenting decisions. When the family shared about the upcoming season of the show, one fan said they admired them. The fan noted, “It’s hard to parent your kids when they are adults. Think almost harder then [sic] when they were little.”

Remember to check back with us often for more news, opinions, and spoilers about TLC’s 7 Little Johnstons.