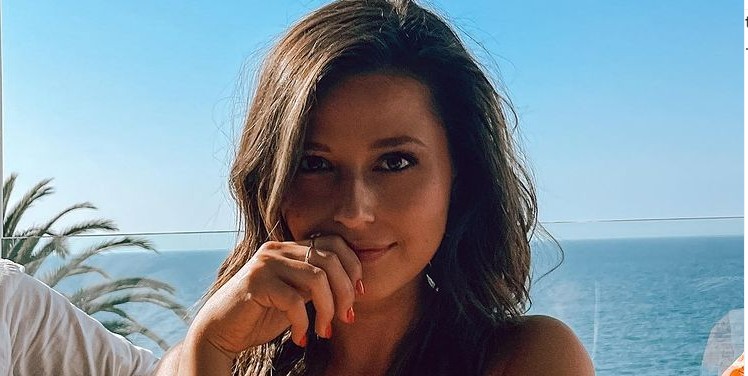 Katie Thurston’s season of The Bachelorette will be premiering June 7 on ABC. There will be a different feel to the season with Chris Harrison still on a leave of absence. Tayshia Adams and Kaitlyn Bristowe will be co-hosting Katie’s season. As new promos are released, fans are getting a glimpse into what can be expected during the coming weeks. The newest promo shows quite a bit to wet the appetite of thirsty fans.

The latest promo released by The Bachelorette shows some potential drama already brewing. E!News shared details about the promo that has Bachelor Nation buzzing. The promo indicated “surprises and scandals” ahead, plus the promo promises “the sky’s the limit.” This had many thinking they could be bringing Pilot Peter Weber back for another run on the series. Don’t worry, he’s not making an appearance this season.

However, there is a familiar face returning in hopes of getting to know Katie. The mysterious guest is Blake Moynes. Blake first appeared on the series during Clare Crawley and Tayshia Adams season of the show. He didn’t make it to the end. However, Blake gained many fans. Plus, when fans met Katie on Matt James season of The Bachelor, many were shipping Katie and Blake together for the upcoming season of Bachelor in Paradise.

Now, he’s getting his chance. He shows up in John Cusack style outside her window with a boombox. Of course, this moment is from the movie Say Anthing. Katie looks out her window and says, “Oh, my God, it’s Blake.”

Katie is ready to bring on the men! Buckle up for the season premiere of #TheBachelorette, June 7 at 8|7c on ABC! 🌹 pic.twitter.com/mFLtoFoBGD

Of course, with every season of The Bachelorette, there has to be tons of drama. It looks like Katie’s season is no different. In the clip there is an ambulance driving away, which is never a good sign. Plus, Katie is seen emotional and saying she’s done. She even makes the comment for someone to book her a flight home. The promo also showed multiple makeout scenes for Katie.

Nobody seems to know this season plays out. However, Reality Steve has shared a few juicy tidbits regarding her season. The winner has not been revealed yet. In fact, it was confirmed Katie finished up filming her season an entire week early. There has been no reason given why this happened. However, Tayshia Adams teased there will be a few things happen that she doesn’t think ever has before.

Will Katie find the love of her life? Are you excited to see Blake show up?

Don’t miss the season premiere of The Bachelorette June 7 on ABC.