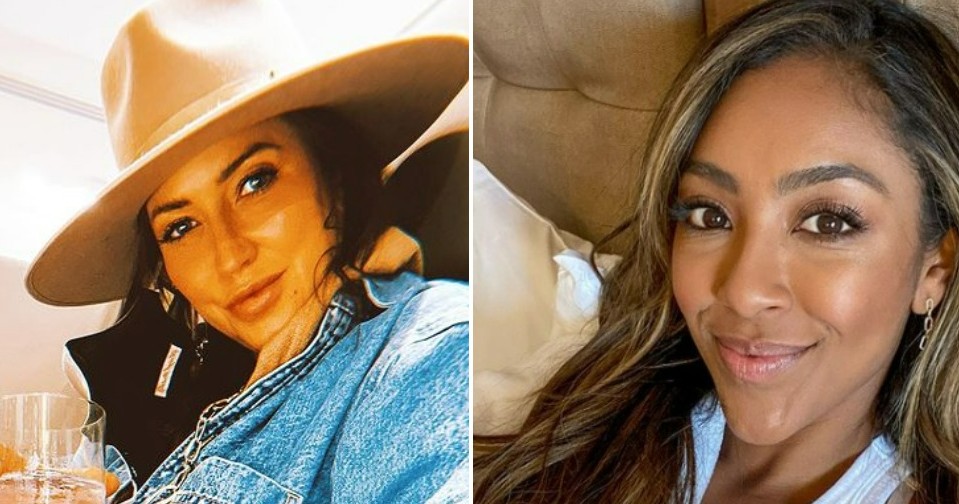 Bachelor Nation was stunned when Chris Harrison stepped aside as host for the franchise. The news came amid Chris defending Rachael Kirkconnell and her past racist actions. The show quickly made a decision in regards to who would fill Chris Harrison’s shoes for The Bachelorette. The producers chose former Bachelorette’s Tayshia Adams and Kaitlyn Bristowe to co-host Katie Thurston’s season. Now, sources are sharing how the duo did with their duties.

Sources dish on Kaitlyn Bristowe and Tayshia Adams as co-hosts

US Weekly shared what sources had to say in regards to Kaitlyn and Tayshia stepping into their new role. The source shared information that the two girls came into the picture last minute. Plus, they said there was a bit of an adjustment phase. They were brought in after Chris Harrison announced his temporary leave to become more educated on racism.

The source shared, “Tayshia and Kaitlyn have had to learn how to cohost and it’s taken time.” They continued, “They’re lovely to work with and they get along with the crew. It’s just completely different with them cohosting.”

The insider noted the change appears to not be permanent. In fact, they said the crew specifically knew Kaitlyn and Tayshia were not replacing Chris. The girls simply filled in for him.

Sources say Kaitlyn and Tayshia had some things to learn about their new hosting role. They quickly pointed out it’s not their permanent position.

How did the ladies act on set?

Sources said, “They act professional, they’re on time and are helping the franchise as much as they can in this funky situation.”

Social media posts from both ladies show them having fun. There’s no doubt they got along fine and enjoyed each other’s company. Jason Tartick visited Kaitlyn while she was there as well. Zac Clark also visited the resort in New Mexico to see Tayshia.

Most fans reacted fine to hearing Kaitlyn and Tayshia were co-hosting. However, many voiced they hoped to see Chris Harrison return soon.

Sources pointed out the vibe on set was different without Chris present. They said he was always on hand to help in any way needed. They noted Kaitlyn and Tayshia did their own thing when filming wasn’t taking place.

Filming for Katie’s season just wrapped up. Kaitlyn shared on social media she is back home with Jason and her dogs.

There have been no spoilers so far on who won Katie’s heart this season. Her season premieres on June 7 on ABC.

‘Seeking Sister Wife’ Garrick Merrifield All Smiles Out With Dannielle’s Family
Wait, What? Does Isabel Roloff Plan To Raise Her Baby In A Van?
‘I Love A Mama’s Boy’ Spoilers: CRAZY Season Premiere Sneak Peek
The Mystery Behind Erika Jayne’s Mascara-Stained Tears
Anna Duggar Reportedly Stays With Josh At Guardians’ Home Most Nights