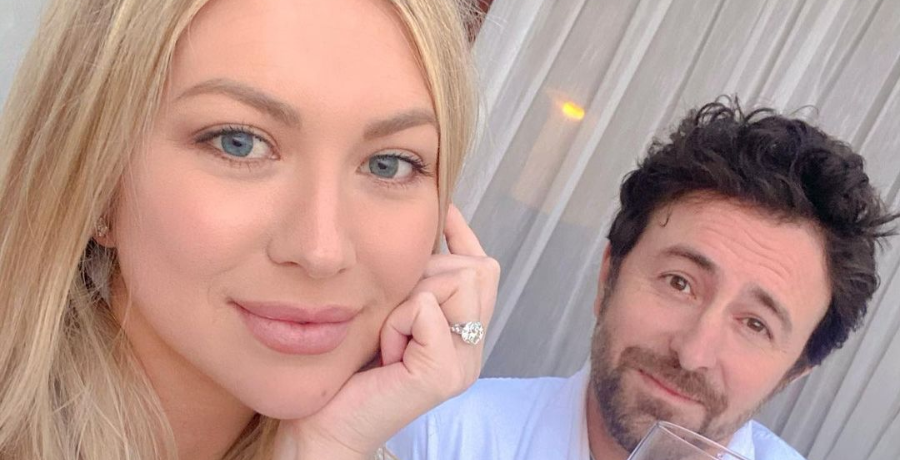 This week, Stassi Schroeder opened up about her Vanderpump Rules firing. First, she spoke about it was on The Tamron Hall Show. For the second time, Stassi apologized for her past mistakes and admitted that she has a lot of learning to do. As a result, the reality star is working with a race coach.

In June 2020, Bravo fired Stassi and Kristen Doute for their past racist actions and comments. The network’s decision came at the height of the Black Lives Matter movement, which kicked off after the death of George Floyd. Stassi is reflecting back at that moment, almost a year ago. The Next Level Basic author shared how it affected her future plans and her daughter’s gender reveal.

In June 2020, the Bravo star had different plans. Stassi Schroeder was in a celebratory mood. In the latest episode of The Good, The Bad, The Baby, the new mom talked about how she had a different gender reveal in mind for her baby girl. The plan happened before her Vanderpump Rules firing.

Stassi said during the podcast episode with her husband Beau Clark they had plans to rent a plane. It would fly around Valley Village and say either “It’s a Girl!” or “It’s a Boy!” The couple wanted to find a way to celebrate with their family and friends at a safe distance amid the coronavirus pandemic. Those plans came to a crashing halt when Stassi got the call.

When she learned of her firing, Stassi and her husband “just weren’t in the mood to celebrate in such a big way.” Suddenly, the television personality had something else on her mind. Stassi stayed silent on social media aside from the statement she released. The pair changed their plans and planned a small celebration. Stassi’s sister, Georgianna Schroeder, baked them a “really beautiful cake” that read “The Clark Passenger.”

“That was actually one of the best days of my life. I remember it feeling like it was Christmas morning, and when we cut into the cake saw pink,” Stassi recalled. “When I saw that it was pink, I was like, ‘Oh, my God. This was meant to be.'”

When did she learn of her firing?

Stassi Schroeder learned in May 2020 that she was pregnant with her first child. It was two days after the cast filmed the Vanderpump Rules Season 8 reunion. Stassi and the casting director told their Instagram followers the gender of their child in June 2020, confirming the pregnancy news.

“I woke up that morning, and Beau was outside journaling or reading something productive, and I walk outside, and I’m like, ‘I’m two days late. My period should have gotten here two days ago, and I really want to take a pregnancy test,'” Stassi explained. “I was toasty on the reunion, and I feel bad about that. But come to find out, lots of women drink not knowing that they’re pregnant.”

The couple welcomed Hartford in January of this year. The former “Straight Up With Stassi” host took a social media break after Bravo cut ties with her and her racially insensitive remarks surfaced on social media. She later broke her silence on The Tamron Hall Show in September 2020. While the interview was albeit awkward, Stassi said she understood why she got fired.