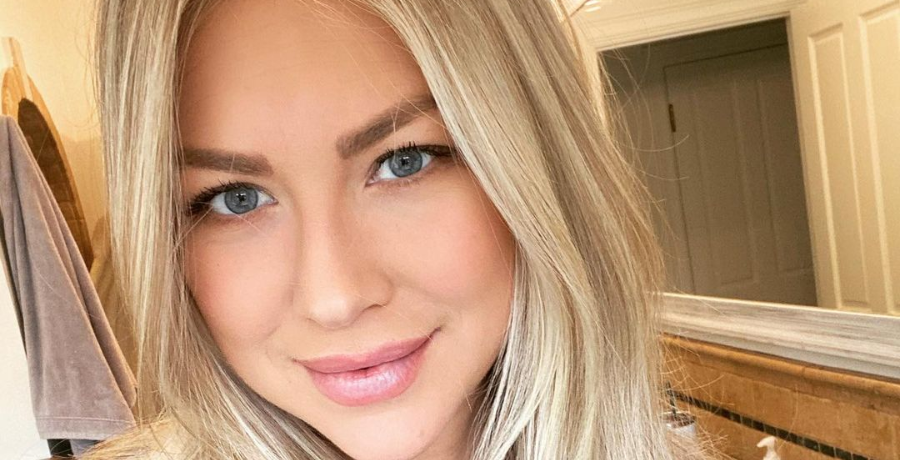 Stassi Schroeder is revealing all in her new podcast. Last week, TV Shows Ace reported that the Vanderpump Rules alum and her husband, Beau Clark, dropped their new paid podcast titled “The Good The Bad And The Baby.” The couple shares exclusive clips and audios from throughout their pregnancy journey.

They will also talk about their lives as new parents. Nothing is off-limits. Stassi and Beau plan to talk about the good, the bad, and the ugly. Hence, the name of the podcast. The reality star even admitted that her baby girl helped save her life.

Stassi Schroeder is grateful to become a first-time mom for many reasons. In June 2020, she announced her pregnancy just days after she got fired from Vanderpump Rules for her past racist behavior. In the premiere episode of her podcast with her husband Beau Clark, Stassi talked about her how daughter saved her from a life of drugs and alcoholism. She even said that being pregnant was the “f***ing greatest gift” she ever received.

Bravo fired Stassi and Kristen Doute from Pump Rules last year. This came after their former castmate Faith Stowers accused them of racially profiling her. Stassi admitted that she would have turned to drugs and alcohol if she wasn’t pregnant. The Next Level Basic author also lost her “Straight Up With Stassi” podcast and her many endorsements.

“If I [wasn’t pregnant], I think I probably would have just like gone to alcoholism, Xanax, all these unhealthy things, I would have lashed out,” Stassi explained. “I would have dark-passengered. And I think our baby 100 percent saved me.”

She credits her pregnancy for keeping her in a positive headspace. Of course, it wasn’t easy to be pregnant after losing her job. But Stassi Schroeder could focus on her growing family. She also learned the importance of gratitude.

“When I look back on this past year, to me, it’s filled with so much more happiness and thankfulness and gratitude than sadness when I have the f***ing greatest gift I’ve ever been given, it just, like, put things in perspective,” she said.

Back in June, Stassi and Kristen were fired from Vanderpump Rules. Stassi confirmed her pregnancy just four days later. She was also dropped by her agent and publicist, as well as partnerships with razor brand Billie and Ritual vitamins. The former Bravo star issued a lengthy statement via Instagram.

“I also want to address my former castmate, Faith Stowers. My emotions over something that happened between our friends outweighed my logic, and there is no excuse for that,” the statement read. “I did not recognize then the serious ramifications that could have transpired because of my actions. What I did to Faith was wrong. I apologize and I do not expect forgiveness.”

Stassi apologized to Faith and for her actions in particular. Since then, she has made her return with a new podcast. What are your thoughts on Stassi’s shocking revelation? Sound off below in the comments.