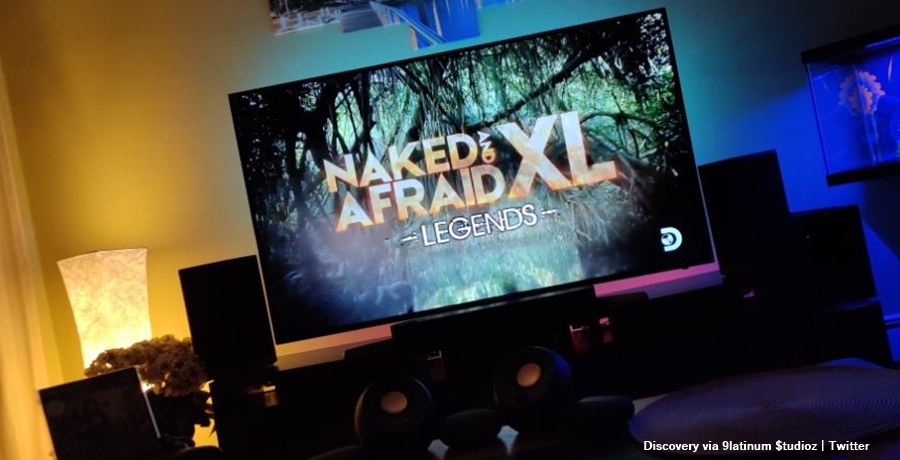 Naked and Afraid brings a sort of Survivor feel, but with a difference. If you haven’t watched it yet, the twist comes as everyone gets their clothes off. The show takes people way out of their comfort zones and into various places in wild and remote regions. Recall, one season filmed in the Selati River area in South African. Historically, it was one of the wildest places in the country. Now a major safari destination, enough creepy crawlies, and other hazards remained in the area to make anyone feel a bit nervous. However, imagine doing it naked with a beaded necklace and one item to help you survive?

Naked and Afraid XL premiered on April 25 on Discovery

Fans of the show get an extra treat in the 2021 season as it’s longer than previous ones. We noted, “This season is set in the deadly swamps of Louisiana. It should seem like a breeze being on home turf, but that could make it all the more difficult. Imagine being so close to society and not be able to touch it!” Season 7 reveals that the contestants filmed in Atchafalaya Basin. There, apart from winter approaching, they also face the dangers of alligators and snakes, and other deadly creatures.

Being completely naked usually makes humans feel rather insecure, and that probably makes it worse for anyone paired with another contestant.  Actually, Naked and Afraid fans enjoy watching them as they face various challenges and try and survive nature while entirely bare, except for that beaded necklace. No, it isn’t there to identify the cast if by some amazing coincidence other people wander around naked. Furthermore, it carries no spiritual significance, according to The Cinemaholic.

What about the necklace? Is it an essential item?

Apart from no clothing, the contestants on Naked and Afraid may bring an item that helps them. Additionally, a satchel with maps and for filming at night are handed out. Recall, the crew stays out of any potentially dangerous medical issues unless they need removing to a hospital. In fact, fans might think the necklace holds some sort of emergency device. Well, it serves other purposes, but might be helpful if someone needed assistance. Apparently, no significant cultural things lie behind it. Mind you, in Africa, local people often wear something similar that might represent status.

The outlet noted that the “simple” and “essential” necklace on Naked and Afraid helps capture good audio. Often fans see people on TV shows wearing mics. However, on reality TV mostly, the mic’s obscured by clothing. Of course, that helps with the impression that everything happens in real-time and brings no prompting or scripting. However, with no clothing on, the producers found another way. So, the mic rests in the necklace. Inside that satchel, a transmitter connects to the necklace.

Remember to check back with us often for interesting news and updates about Naked and Afraid on Discovery Channel.