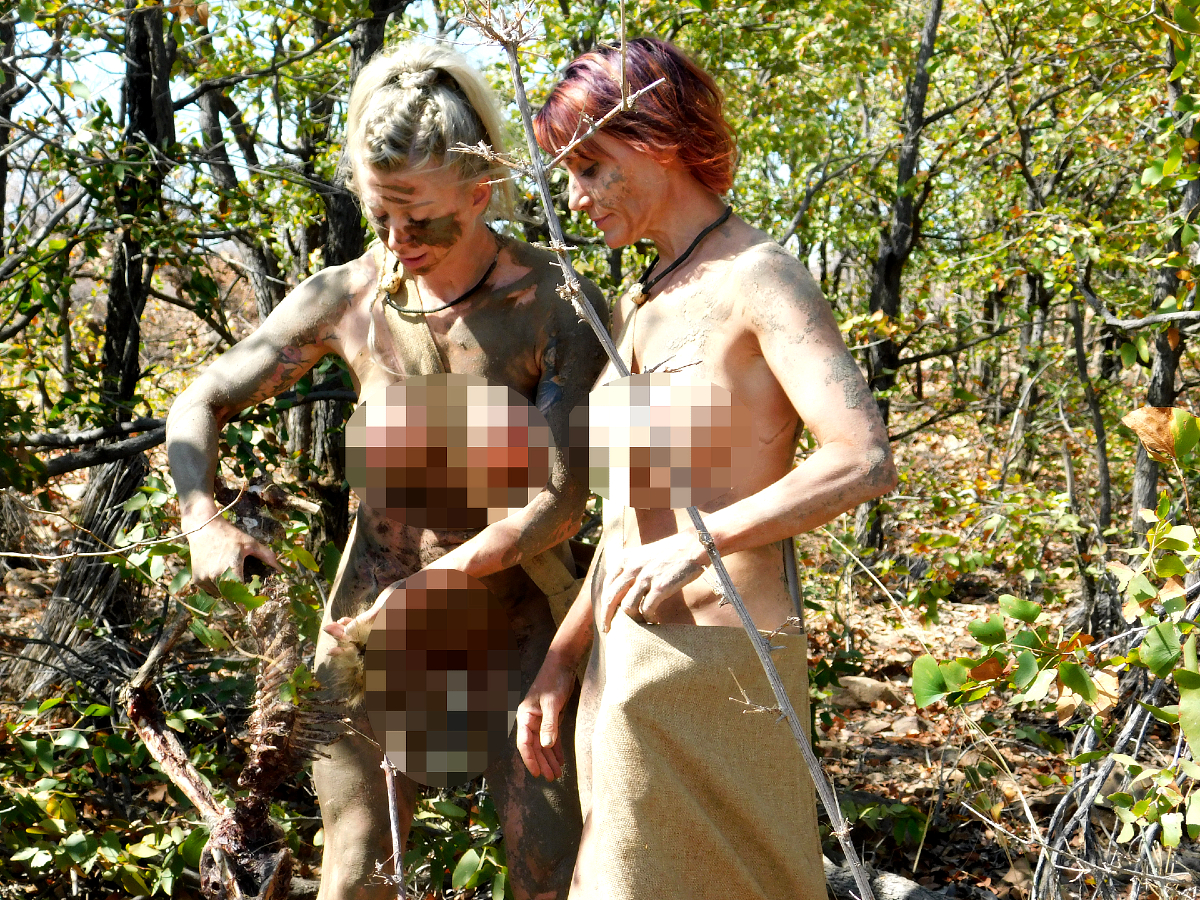 Naked And Afraid XL is the show that pretty much separates the girls from the women and the boys from the men, clothing is not an option.

And the supersized Naked and Afraid XL has a twist and a cast of veterans who have done this challenge other places before for shorter periods of time.  In XL, they get 40 days and 40 nights, as these 12 hearty people are going to be tested to the limit.

This season of Naked and Afraid XL sees 12 veteran survivalists put in a “grueling kill zone” in South Africa, a place so awful that generations of ancient people were forced to survive by culling and banishing the weak members of their tribe.

There are extras too, as Discovery is rolling out Naked Sundays just to mess with Google and the keyword sensitive advertisers. They will have a Naked and Afraid Watch Party and Naked and Afraid XL Clothed and Opinionated following the lead.

What is this Naked and Afraid XL about and where is it?

The absolutely heat searing and scorching savannah of South Africa will serve as the backdrop for the twelve survivalists enter The Valley of the Banished. That’s a real place, where the unwanted are doomed to their forever timeouts from the group.

There’s barely anything for them to eat there, or drink, and forget sleeping soundly. Plus insect, maybe not murder hornets but some nightmarish ones we are sure.

With resources scarcer than ever, it’s the ultimate take on survival of the fittest, leaving no room for slackers. To make it through this 40-day challenge alive, every survivalist will have to earn every step; while weak links will be cast out for the greater good of the group. All must give it their all or get out.

So only the toughest physically and especially mentally will survive this hot mess as some of these survivalists, including some seeking redemption, are looking to last for the win.

You know they will be facing apex predators, horrific heat and the always fun to watch clash of personalities.  These survivalists will really earn their naked cred.

The plan for your clothing optional Sunday is as follows: Sundays will be all “Naked all of the time” as the producers will have on survivalists in quarantine to chat about their experience with Naked and Afraid XL Watch Party airing on May 3, May 10, May 31, June 14, and June 19 at 9pm; May 17 at 10pm.

The XL veterans weigh in on the current season of the series giving their honest opinions in Naked and Afraid XL Clothed and Opinionated  on May 24 at 10pm; June 7 and June 28 at 9pm.

Who is on Naked and Afraid XL?

So you are likely wondering, who are these lucky people who will have little to no vegetation and resources and in a Lord of the Flies twist, they must prove their worth to the group, or risk being expelled from the group.

This season’s survivalists include:

Fans of Naked already know who Bulent is, as he hunts like a madman and calls himself the “bare-handed killer.”

Makani is a vegetarian who survived her 21-day challenge eating plants and Joshua Bell famously chose duct tape as his survival item.

Starving survivalists Gwen and Wes think they found aloe but it turned out to be anything but, as Seth struggled before and had tapped out during his 21-day challenge. He’s in for the Mulligan in Africa seeking redemption, but apparently has issues with Suzänne.

Jon, Sarah and Ryan will be battling aggressive crocodiles to round out this cast of crazies who are hell bent on surviving an ecosystem and terrain that obviously hates humans.

**Viewers can also catch up on all episodes of this series on Discovery Go and Discovery.com. In addition to watching the series on Discovery, viewers can check out new episodes each week by downloading the Discovery GO app. Fans can join the conversation on social media by using the hashtag #NakedandAfraidXL and by following Naked and Afraid on Facebook, Instagram, and Twitter for the latest updates.