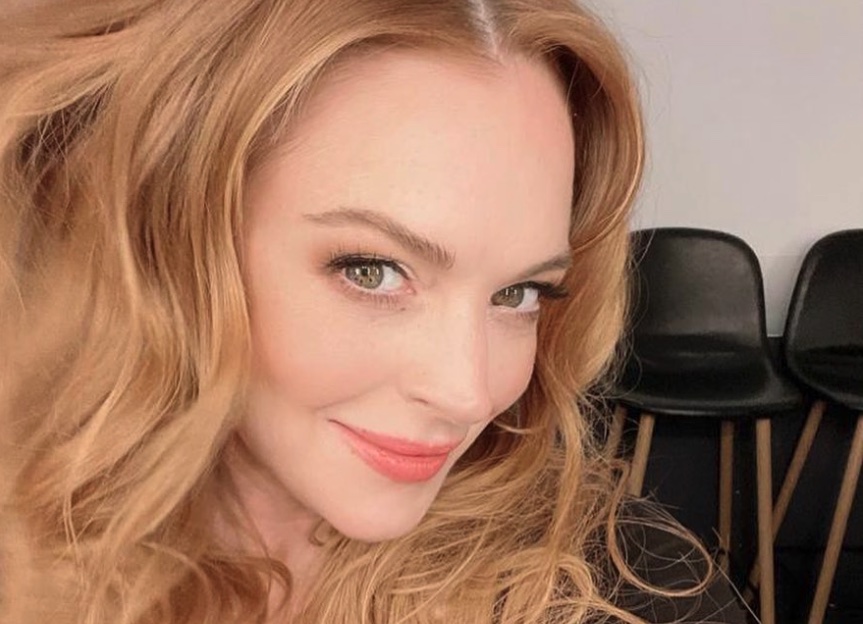 Lindsay Lohan is returning to her acting roots. She will star in an upcoming Netflix Christmas rom-com. Moreover, there are some big Hallmark names behind this holiday movie. What do we know about this new movie?

Actress Lindsay Lohan just signed on to star in an upcoming Netflix Christmas rom-com. According to Variety, The Parent Trap actress will be starring in an original movie.

Although Lohan has been starring in the now-canceled MTV reality series, Lindsay Lohan’s Beach Club, she has not acted in anything since Paul Schrader’s The Canyons. That was back in 2013.

Between that acting role and the present, Lohan has been living in Europe and Dubai. However, in 2019, she seemed ready to return to her acting roots. Back in 2019, while on CNN’s New Year’s show, she told Anderson Cooper she was ready to return back into acting. You cannot get bigger than a Netflix holiday movie. The whole world can stream it at the same time!

What Is New Lindsay Lohan Christmas Movie About?

According to TVLine, the new Lindsay Lohan Christmas movie is a bit like the Goldie Hawn, Kurt Russell classic movie, Overboard. The storyline is: “newly engaged and spoiled hotel heiress who finds herself in the care of a handsome, blue-collar lodge owner and his precocious daughter after getting total amnesia in a skiing accident.”

Michael Damian directed Christmas Waltz. He also wrote fan favorite, A Prince For Christmas, starring Sam Heughan and Katie McGrath. In addition, writer/director Ron Oliver is a Hallmark gem. Anyone who has seen Christmas At The Plaza or Timeless Christmas will know his work as a writer and as a director.

Christmas Waltz fans have been anxiously awaiting news on a sequel. Currently, Hallmark has not said anything about this possibility.

By signing on this Hallmark dream team, it seems that Netflix is really going strong after the Christmas movie crowd. When will fans get to see this new movie?

When Will New Lindsay Lohan Netflix Christmas Movie Come Out?

Filming for the new Lindsay Lohan Netflix movie will not commence until November. Netflix will not release the Christmas rom-com any sooner than Christmas 2022.

Are you looking forward to seeing Lindsay Lohan acting in a new Netflix Christmas movie?

‘Marrying Millions’ Bill Hutchinson Selling Off Assets Amidst Scandal
Blake Horstmann Defends Kendall Long After Confrontation With Joe Amabile
‘Babylon Berlin’: When Is The Season 4 Release Date?
Chase Chrisley Wants To Move To The Bahamas: Would Todd Allow It?
‘DWTS’: JoJo Siwa’s Dance Partner Injured – Are They Quitting The Show?