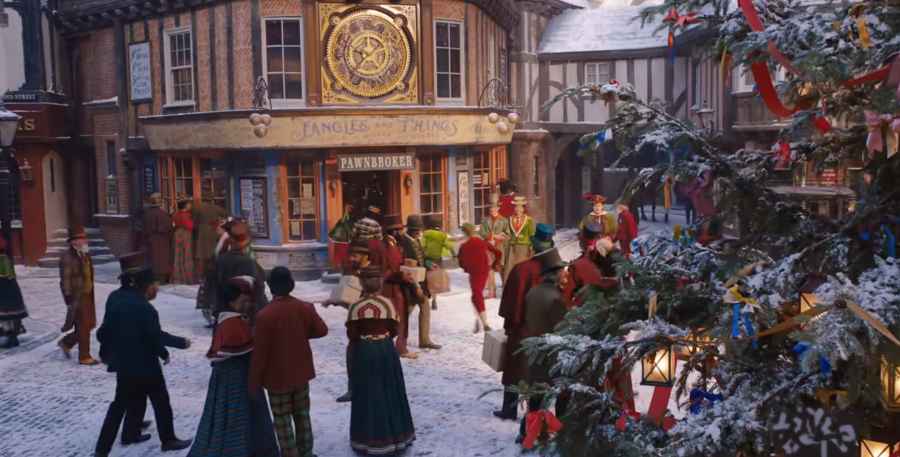 It is beginning to feel a lot like Christmas, what with decorations and festive offerings appearing in the stores. With 2020 being what it is, many people are already decorating their homes to lighten the mood. Naturally, this is a great time for those who love bingeing festive fare. Consequently, here are six of the top holiday movies and TV series available for streaming on Netflix right now. Grab the remote, the popcorn and some eggnog, curl up on the sofa and begin.

Released on November 19, this is a family romance. The movie stars Vanessa Hudgens, Sam Palladio, Nick Sagar, Mia Lloyd, Ricky Norwood and Lachlan Nieboer. Furthermore, this is the second movie in the Princess Switch franchise. In the first movie, Vanessa Hudgens appeared as two characters. However, just to complicate matters, this time around she plays three. The synopsis reads that Margaret’s Christmas coronation interferes with her love life and her double Stacy steps in to save the day. However, when a third look-alike appears on the scene, this could potentially ruin their plans.

This classic film is obviously not new and has featured on Netflix before. Now, the good news is that it is back once again for your family’s viewing pleasure. The comedy movie stars Bing Crosby, Danny Kaye, Rosemary Clooney and Vera-Ellen. A brief synopsis reads: Two war buddies fall for two sisters and follow the girls to a resort. It is owned by their former commanding officer, who is in danger of losing the place.

In short, this family musical film has a star-studded cast. This includes Forest Whitaker, Keegan-Michael Key, Anika Noni Rose, Hugh Bonneville, Phylicia Rashad and Madalen Mills. The movie takes viewers on a holiday adventure, where one girl’s quest is to save a small robot that has the power to change everything.

This LGBTQ romantic Christmas movie stars Chris Noth, Tyra Ferrell, Denny Dillon and Joe Perrino. Netflix’s synopsis reads that a bride-to-be, whose wedding nears, is visited by an angel. The angel reveals what could have been if she had followed her feelings for her childhood best friend.

This Christmas romance stars Dante Brown, Austin Abrams, Troy Iwata and Midori Francis. The series is based on the novel Dash & Lily’s Book of Dares by David Levithan. The synopsis reads:  “Opposites attract at Christmas as cynical Dash and sunny Lily trade messages and dares in a red notebook they pass back and forth around New York City.”

Starring Benjamin Bradley, this fun make-over show has a Christmas theme. Dubbed Mr. Christmas, the interior decorator helps people to transform their homes into a Christmas wonderland. The results are out of this world, making Holiday Home Makeover with Mr. Christmas a worthwhile binge.

Read up on all the upcoming Netflix Christmas movies and series on What’s On Netflix.