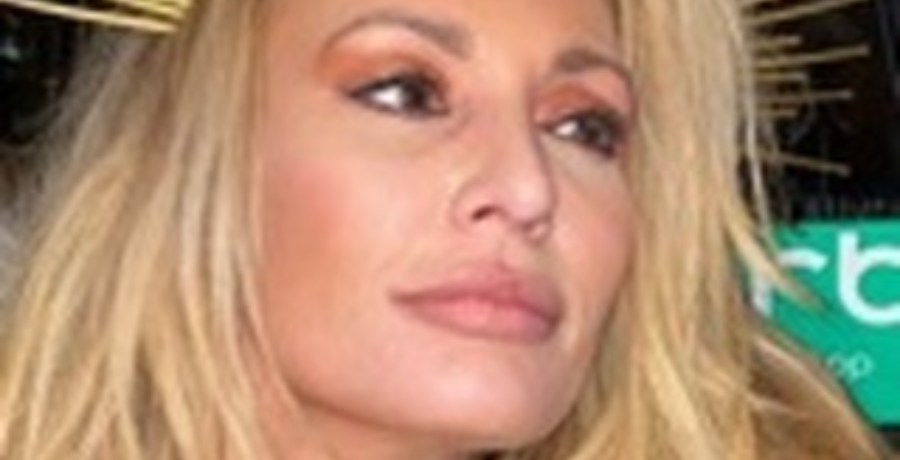 Kate Chastain shared her thoughts on Below Deck Sailing Yacht Season 2. Fans have been dying to hear her thoughts. The former Chief Stew has been busy moving back to Florida. She went from the Big Apple to the Sunshine State in just a few short months. So, she hasn’t been watching this season every week as everyone else does.

Still, she’s been keeping up with all the craziness. The outspoken reality star did not hold back when addressing the boatmances this season. As fans know, there is a love triangle between First Officer Gary King, deckhand Sydney Zaruba, and third stew Alli Dore.

The television personality likened the hookups to “square dancing.”

Kate Chastain is dizzy by the hookups

Kate Chastain has been part of some boatmances herself. But this season of Below Deck Sailing Yacht has her head spinning. In a new interview with Us Weekly, the Below Deck alum shared her thoughts about the cast hookups and drama it’s caused. Not only are there love triangles, but there are love squares.

“It’s like they’re square dancing on that sail yacht,” Kate told Us Weekly on Thursday, May 20. “They’re just, you know, Dosey Doeing and switching partners every episode. I mean, it’s [a] great season.”

Exclusive: #BelowDeck alum Kate Chastain has a few thoughts about the cast of Below Deck Sailing Yacht and their constant hookups. https://t.co/R2OLhHO6Fm

Kate appeared on Below Deck from Season 2 to 7 before leaving the show in early 2020. She admitted that she “really loves this cast” because “every one of them is strong [and] for the most part is very likeable.” This comes after Kate shared her thoughts on Chief Engineer Colin Macrae. She finds that he’s one of the hottest guys to step out of the show.

Fans would agree with Kate. They think that Colin is hilarious, especially when he witnesses the drama happening on the yacht. Kate called him “the hottest guy ever, and I just mean on the planet.” She’s been closing watching Colin on his Instagram page.

Now it’s time to switch gears. Below Deck Sailing Yacht star Dani Soares announced in April that she’s pregnant with her first child. Fans assume that Jean-Luc Cerza Lanaux is the father since they hook up this season. Somehow, the dates add up to Dani’s pregnancy.

Kate is also engrossed by the baby drama. She wants to know who the daddy is. However, Kate doesn’t agree that Dani’s baby belongs to Jean-Luc. The former Bravo’s Chat Room co-host thinks it could be someone else.

“It would be such a pretty baby,” Kate said before adding that she has “no idea” who the father is.

She was also shocked by Jean-Luc’s admission about having chlamydia before. She wouldn’t want him to be the father of Dani’s baby if he’s so careless in the bedroom. “I don’t know if it would be a smart baby [if] he’s the daddy,” Kate joked. “Because who says that? I know for a fact that I have never heard a human say those words out loud.”

Honestly I thought this was a list of #BelowDeck cast members. Same difference. pic.twitter.com/Fni6gJCcKS

Instead, Kate feels that Jean-Luc should’ve told his doctor about his personal problems. As for Dani becoming a mother, Kate thinks she’ll be “fantastic” at raising her little girl. When it comes to Chief Stew Daisy Kelliher’s feud with First Officer Gary King, Kate is on Team Daisy. She also called her “the best chief stew” that she’s seen “on the series.”

That’s some high praise for the newbie. Kate is impressed with this season. Even the boat crash in the previous episode had her feeling emotional. She reached out to Captain Glenn Shephard after the episode aired and previously spoke with Daisy to compliment her on her work as a chief stew.