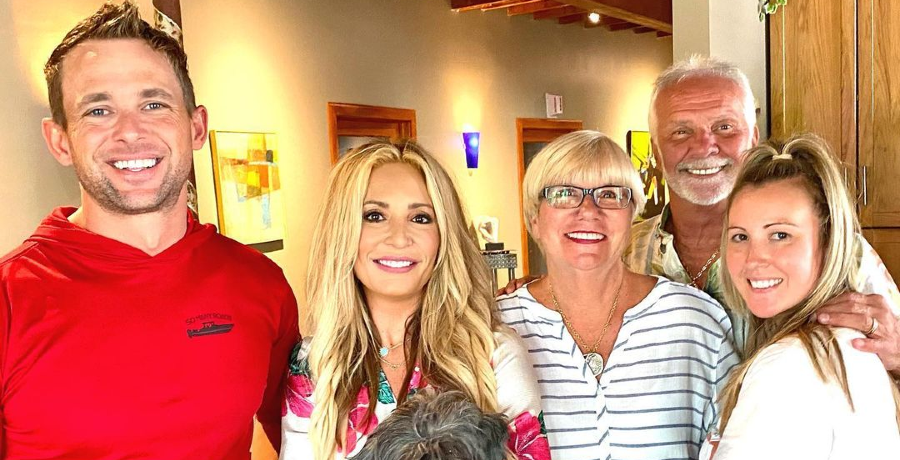 As always, Kate Chastain is honest about what’s on her mind. In a new interview, she opened up about some of her former Below Deck cast members. She revealed which cast member from Below Deck Sailing Yacht is the hottest. The 38-year-old has since left the series, but she’s still a big part of the show.

Last year, Kate announced her departure from Below Deck after Season 7. She bid farewell to the yachting industry and her position as a chief stew. Now, she’s sharing the details of some of her fellow cast members. Apparently, Kate is still very close to Chef Ben Robinson and she’s interested in a cast member.

Kate Chastain since moved back to Florida. Her big move led to her end on Bravo’s Chat Room. On Thursday, May 20, Kate spoke with Us Weekly about her life and the new season of Below Deck Sailing Yacht. She revealed that she now lives in the same building as Chef Ben Robinson.

“I just moved to Fort Lauderdale, [Florida], and there’s a lot of familiar faces Below Deck around here,” Kate said. “I hung out with Bobby [Giancola] – he’s from my hometown – and Colin [Macy-O’Toole] and Kelley [Johnson] last weekend. I live upstairs from Chef Ben.”

As Below Deck fans recall, Kate and Ben hooked up in the past. However, their relationship never quite stuck. Kate joked about their pairing on Watch What Happens Live with Andy Cohen in July 2019. Host Andy Cohen asked her if she would sleep with Ben, she joked, “Not again.”

Then on the After Show, Kate revealed that he’s her favorite cast member simply because they already slept together. Now, Kate and Ben are friends again during her readjustment period and she enjoys having him as a neighbor. She considers him family.

Kate Chastain has also been watching Season 2 of Below Deck Sailing Yacht. She said that she has her eye on one guy and it’s not First Officer Gary King. She’s attracted to engineer Colin Macrae, who is considered the underdog of the season. Fans love his sense of humor and that he’s not into drama.

“I think we can all agree that engineer Colin is the hottest guy ever, and I just mean on the planet,” Kate said. “If y’all haven’t checked out his videos about his sail yacht – I mean, if you’ve got a few minutes – I highly recommend it.”

Kate previously revealed who she would marry in the Bravo family. If she had to choose between Southern Charm stars Austen Kroll, Craig Conover, or Shep Rose, she would choose Craig because, like him, she enjoys a good throw pillow. Kate joked that they would be “soulmates.” She would date Austen and ditch Shep.

Check back with TV Shows Ace for more news on Kate Chastain.