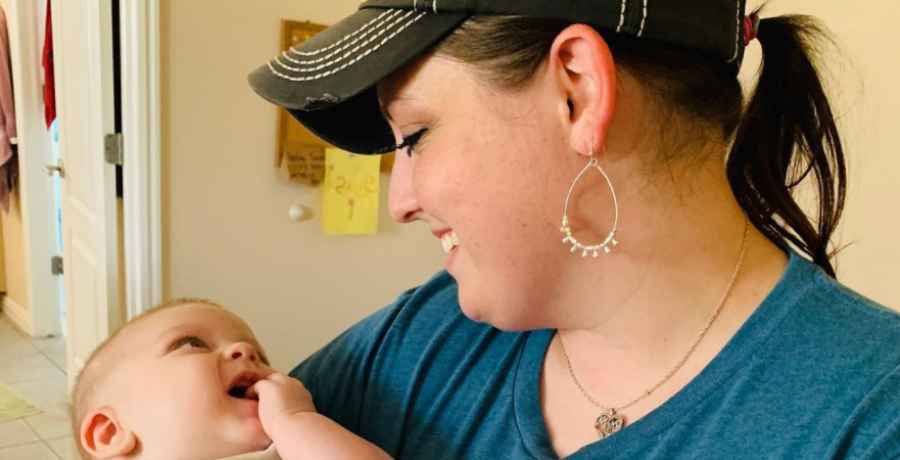 Right now on Seeking Sister Wife, the Winder family is getting to know their potential new sister wife, Kimberly. As she gets to meet Colton, Tami and Sophie, however, fans keep asking why she always seems to be wearing a hat. It turns out there is a valid reason for her clothing choice.

Kimberly is currently visiting the Winder family to get to know Colton and his two sister wives, Tami and Sophie. She had to travel quite a distance to their home in Utah and the family was excited about her arrival. So far, she is the closest to becoming a sister wife along with Tami and Sophie.

In the Seeking Sister Wife episode of May 17, fans watched the Winder family’s excitement as they waited for Kimberly to arrive. Even deadpan Colton had to explain that his expression was his happy and excited face.

Since that episode aired, Kimberly has made quite the splash on social media. The reason for this interest is that she always appears to be wearing a hat. Fans want to know the reason for this. They ask, is she bald, or is there another reason for hiding her hair?

Kimberly hails from North Carolina and is a 30-year-old school teacher. She is new to the polygamist lifestyle and describes herself as quiet and awkward.

A clip for Monday’s episode appeared on TLC’s Instagram on May 24, showing Kimberly helping out in the kitchen. Among the many comments, several fans wanted to know why Kimberly always wears a hat. One fan wrote, “Take that hat off!” Another wanted to know if she wore the baseball hat the “ENTIRE time???” It obviously seemed strange to fans that Kimberly would wear the hat indoors. This led to another fan asking why she is always wearing a hat, adding, “Does she not have any hair on the top of her head?”

It turns out the Winders had already addressed the speculation about Kimberly’s hat on Instagram. It turns out she shared with them that she has a medical condition that causes problems with her hair. In their post, they wrote that there was nothing wrong with what Kimberly chose to wear while visiting them. The Winders told Kimberly they wanted her to be comfortable and were “totally” fine with her wearing the hat. Reportedly, Kimberly had a condition that causes her hair to fall out but did not confirm exactly what that condition is.

As for other comments on the teaser clip, fans noted that Tami and Sophie were into Kimberly. But what about Colton? One wrote, “He’s so not into her,” while another quipped, “He’s about as exciting as a non-toxic glue stick.” Meanwhile, in the clip, when Kimberly was asked if finds Colton cute, she holds back. She points out he is a married man and she is not sure she can talk about him that way.