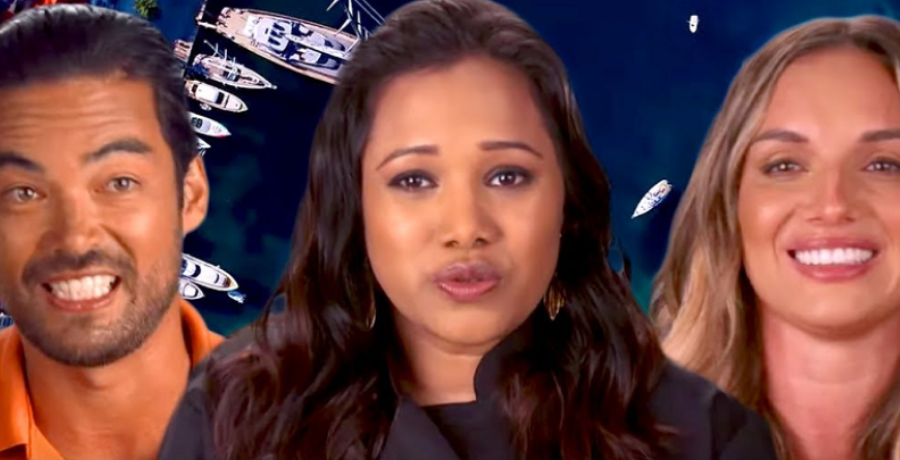 Watch What Happens Live host Andy Cohen previously shared details of the Below Deck Sailing Yacht Season 2 reunion. He already revealed that filming was underway. He also exclaimed that it’s going to be an interesting one. Earlier this month, the WWHL host took to Twitter to ask fans if they had any questions for the cast.

That hinted that a reunion was in the works. In the now-deleted tweet, Andy encouraged Below Deck fans to submit questions about Season 2 via Twitter. Apparently, the reunion episode has since been filmed and the cast reunited about the wild season. Fans want to get some questions answered such as where they stand with Sydney today and who is the father of Dani’s baby.

On Monday, May 24, Bravo Insider shared an exclusive sneak peek at the Below Deck Sailing Yacht Season 2 reunion. Just because the charter season ended doesn’t mean the drama hasn’t. Fans get a look at the Parsifal III crew’s reunion. The crew exchanged their polos for a more glammed-up look.

Of course, Andy Cohen will host the episode as he usually does. Unfortunately, Bravo Insider gave very few details about what went down at the reunion. Despite the rumors that circulated on social media, Jean-Luc Cerza Lanaux did show up to the reunion. Some assumed that he wouldn’t so he couldn’t address the questions surrounding Dani’s baby.

#WWHL host @Andy shares a sneak peek of what went down when he chatted with the Parsifal III crew. #BelowDeckSailing https://t.co/yje7WAYVCh

Meanwhile, Dani showed off her baby bump in an animal print dress with a ruffle bodice. She also showed off her new haircut, which she unveiled on social media. The former stew dyed her hair pink after the reunion to celebrate the arrival of her baby girl. Previously, Dani shared the details of her pregnancy and said that she’s in the final weeks of giving birth.

Chief Stew Daisy Kelliher showed up at the reunion in a royal blue silk minidress that featured an asymmetrical neckline and a tulip-shaped him. She added an extra pop of color with translucent pink heels. Third stew Alli Dore wore a white-hot pantsuit. Chef Natasha De Bourg wore a silver evening gown that featured glass shards. Most of the male crew members kept it casual, including Chief Engineer Colin Macrae and Jean-Luc himself.

What else is there to know about the reunion?

Then he shared that the reunion will be even more dramatic. “Wait ’til you see the reunion, by the way,” he told Brianne. “We just taped it, and it is gangbusters.”

However, there is still more left of the season to go. The crew hasn’t even finished out the charter season yet. Below Deck Sailing Yacht airs Mondays at 9 p.m. ET on Bravo. Are you excited about the Season 2 reunion?