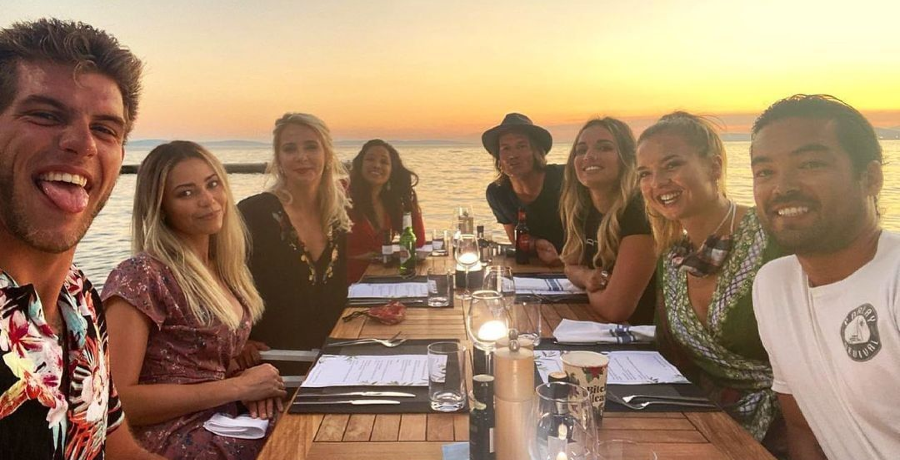 Below Deck Sailing Yacht fans are looking forward to the reunion. Most feel that this season has delivered with the drama. Others are disgusted with the boatmances and can’t wait for it to be over. Bravo exec Andy Cohen continues to tease fans with new details of the reunion.

Earlier this month, he asked fans if they have any questions for the cast. In the latest episode of Watch What Happens Live, he shared some details about the upcoming reunion. Apparently, things are well underway and the cast reunited to talk about the fiery season.

Earlier this month, Andy Cohen teased a possible Below Deck Sailing Yacht Season 2 reunion. On Friday, May 7, he took to Twitter to ask fans to submit their burning questions. This season only has six episodes left. Viewers can look forward to a tell-all reunion in which they can finally find out if Jean-Luc Cerza-Lanaux is the father of Dani Soares’ baby.

They also want to know if Alli Dore is dating Gary King. There are so many questions surrounding this season. Every season of the Below Deck franchise concludes with a reunion episode, just like most shows on Bravo. Andy Cohen has always been the host for these special episodes. However, there wasn’t always a reunion.

There was no reunion in Season 4 of Below Deck or Below Deck Med. In his tweet, Andy didn’t announce the reunion, but he did ask fans what questions they have for the Parsifal III crew if there happens to be one. There are also rumors on Below Deck Reddit that a reunion was shot and Jean-Luc skipped it because of his complicated relationship with Dani, who is pregnant. As fans know, the couple continued to heat up on the show and are now faced with an STD scare.

There’s a small chance that the reunion will happen in person. It’s most likely that the cast will reunite virtually. Since most of them live in various parts of the world, it would be easier for them to participate via Zoom. Dani currently resides in Sydney, Australia, where she is due to give birth.

On a new episode of Watch What Happens Live, Andy teased that the Below Deck Sailing Yacht Season 2 reunion will be “gangbusters.” He confirmed that they filmed the reunion. It should be explosive since most of the cast members are close. There are also plenty of boatmances and love triangles playing out on the show.

During #WWHL, @Andy teased what #BelowDeckSailing fans can expect from the upcoming reunion. pic.twitter.com/1grNfJzThf

Despite the Zoom format, it sounds like an electrifying episode. Andy shared a few details on Watch What Happens Live on Tuesday night. Actor Brianne Howey was a guest and they talked about this season of Below Deck Sailing Yacht. Andy then added, “Wait till you see the reunion, we just taped and it is gangbusters.”

Ariel Winter Puts Cleavage On Display In Shirt With Plunging Neckline
Could There Be A TLC Birth Special For Jessa Seewald’s Fourth Baby?
Is Lifetime’s ‘Secrets Of A Marine’s Wife’ Based On A True Story?
See Pictures Of Josh & Anna Duggar Like You’ve Never Seen Them Before
‘Yellowstone’ Season 4: Why Wasn’t It On Tonight?