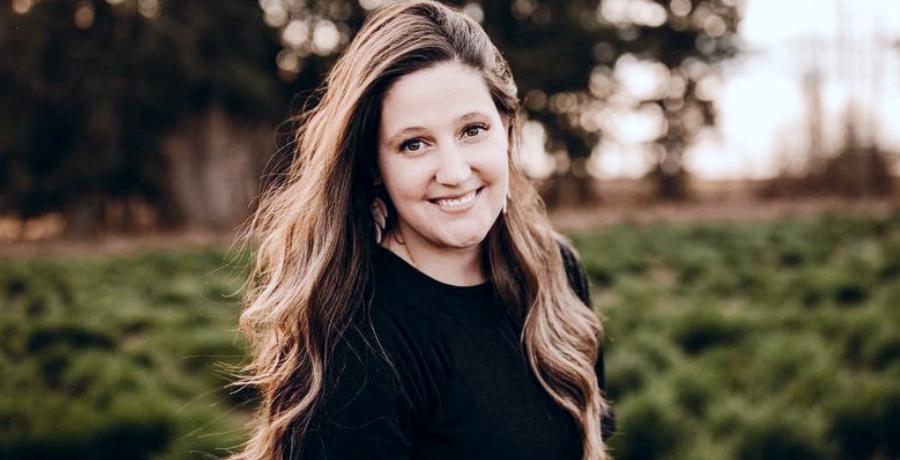 Tori Roloff of LPBW is the latest TLC reality TV star to join Cameo. Wondering how much she charges? Or, wondering what the heck Cameo is? Keep reading, we’ll explain everything!

Less than an hour ago, Tori Roloff took to her Instagram Stories to announce she had taken the plunge. She was officially on Cameo. She noted she’s had fans ask for her to join Cameo for a while now. But, she was a little hesitant to give it a try. It, however, sounds like she’s finally had enough fans ask her to take the plunge. Or, at least, she’s worked up enough courage to give it a go. Check out her Instagram Stories post promoting her new Cameo down below. 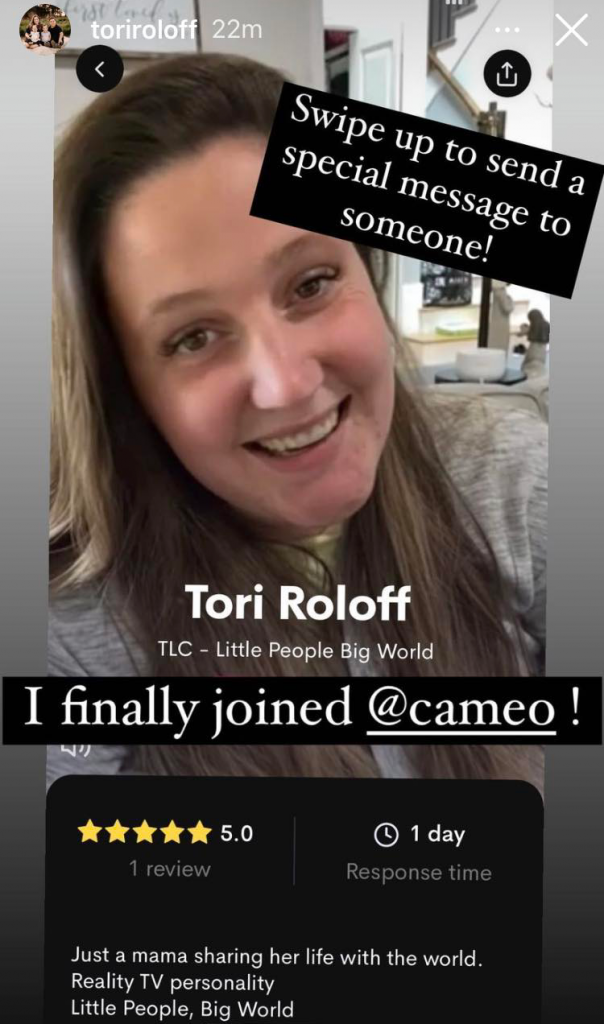 If you are interested in checking out Tori on Cameo, you can visit her profile by clicking here. Presently, she charges $75 a video. Her profile notes her turnaround time is 24 hours. But, that will likely change as the number of orders customers place grow. Currently, Tori Roloff has 1.5 million followers on Instagram.

Tori could end up making bank on Cameo

If just two percent of her Instagram followers purchased a Cameo she would end up with 30,000 orders and $2.2 million in income. Other TLC stars, such as Adam Busby, have had to raise their Cameo prices to accommodate the demand.

Are other Little People, Big World cast members on there?

Tori Roloff isn’t the only member of the LPBW cast on Cameo. Her mother-in-law Amy and her father-in-law Matt also have Cameo accounts. Matt Roloff, like Tori, also charges $75 for a video. Amy, however, has her prices a little cheaper at $60 per order. According to Amy’s account, all of the proceeds she receives on Cameo are donated to charity.

Amy notes that it takes her three to five days to complete an order. Amy Roloff actually has slightly fewer followers on Instagram compared to Tori. So, it is possible Tori will also end up needing three to five days once the orders start rolling in.

If the orders start rolling in big, it certainly sounds like Cameo could be a great way for Tori and her husband to earn a little extra money for the family. Are you surprised she decided to make an account? Do you think you’ll be purchasing a Cameo? Stick with us for the latest Little People, Big World news at TV Shows Ace.

Moriah Plath Reveals True Feelings About Her Inked Body
Get To Know ‘The Bachelor’ 2022 Clayton Echard
Hot Mom Jenelle Evans Spellbinds Fans In Pink Bikini
‘Save My Skin’ Season 3: TLC Release Date, What We Know So Far
Jessica Batten Of ‘Love Is Blind’ Gets Happily Ever After