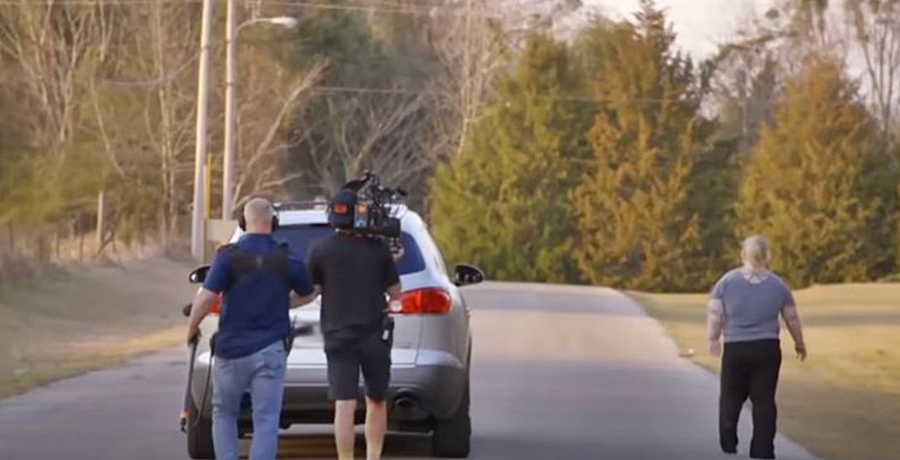 Mama June rumors that the family might stop filming for WEtv emerged recently. In fact, June actually sparked the rumors. Plus, her daughter Pumpkin Efird also talked about getting off the show. So, when her mom posted up on her Stories, fans thought she thanked them for watching the last season. However, now it sounds like fans who enjoyed Road to Redemption might still see more of them.

Mama June Shannon started the rumors about not filming

We reported that it looked very likely that fans might not see more of Pumpkin, Honey Boo Boo, and their mom on WETv. Well, that was no idle speculation as it came from the horse’s mouth, so to speak. Certainly, it sounded like Pumpkin leans toward ending the show. You may recall that she struggled with finding employment after people heard about her mom abandoning the girls. Her mom also racked up huge bills purchasing drugs with Geno. Naturally, prospective employers might think that Pumpkin also lives like that.

The rumors racked up again when Mama June Shannon and Pumpkin spoke with ET recently. Both of them seemed ready to walk away from reality TV. In fact, Pumpkin revealed that out of season, she enjoys her life without people constantly clamoring for selfies with her. Then, she went on and said, “I feel like I just, at some point, we want to definitely step away.” Likewise, her mom said, “in a way, I do feel like it may be close to the time” to shut the door on it. Actually, “just…kind of like the Kardashians,” they may “just bow out and say ‘Thank you.” Additionally, she said that they might only be able to produce storylines for one more season.

On May 22, Mama June posted up a few slides on her Stories. Plus, she also shared about it on her main Instagram page. In the stories, she thanked people for their “support.” Additionally, she told them they wrapped up “filming” Road to Redemption, (Season 5). Probably because fans heard from ET that she’d thank them and walk off into the sunset, they thought she indicated the end of the show altogether.

Paradoxically, in her video on her main Instagram, Mama June said, that they’re “not going anywhere.” Additionally, she noted that fans will hear about a cancellation “long b4 that happens.” Plus, she added, “when it is our time to bow out and take [our] life off the TV yall will be the first to know.” Additionally, she noted that they won’t just “disappear.” So, it sounds like they might consider leaving, but not for some time to come.

Remember to check back with us often for more news about Mama June Shannon from WEtv.