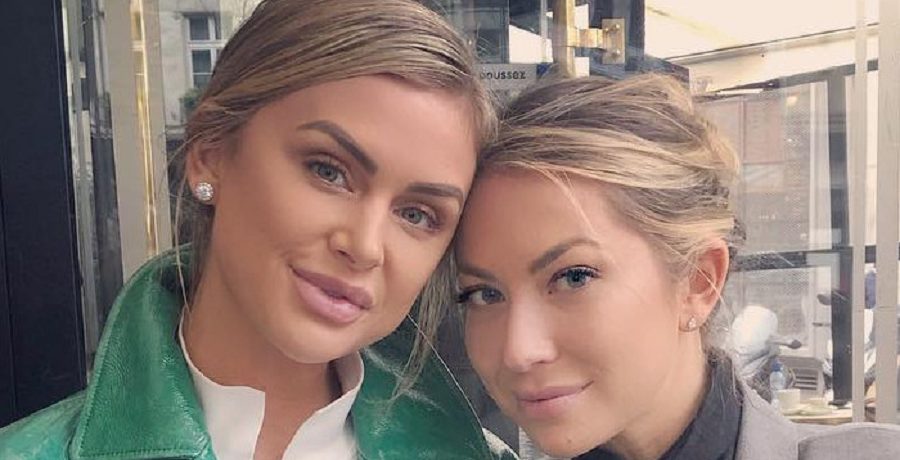 Lala Kent will return to Vanderpump Rules Season 9. However, that’s not the case for Stassi Schroeder. In June 2020, Bravo fired Stassi and Kristen Doute for their past racist comments and actions. They also fired Season 8 newcomers Max Boyens and Brett Caprioni. The firings came at the height of the Black Lives Matter movement.

The reality series was on an extended hiatus due to the COVID-19 pandemic and mass firings, but it’s now back in production. Viewers won’t see most of the original cast even since Jax Taylor and Brittany Cartwright announced their respective departures from the show. Lala spoke out about Stassi’s firing and feels that Bravo should change its mind.

The Give Them Lala founder made an appearance on the Juicy Scoop podcast. On the Thursday, May 13 episode, Lala Kent feels that Bravo shouldn’t have been so quick with cutting their ties with Stassi Schroeder. Instead, they could’ve used this opportunity to teach her former co-star. Stassi and Lala have become close friends even though they originally didn’t get along on the show.

Lala feels that Bravo should’ve handled the firings differently. She doesn’t agree that Stassi should have lost her job.

“I wish that they would have used that moment as a teachable moment, rather than just let her go,” Lala explained. “I wish in that moment that they would have picked cameras up and shown Stassi, who really did this like ‘basic’ empire for herself, and what it was like to have to pay for all of these things she said and done in her past and basically lose everything.”

Stassi has since moved on from the show. She welcomed her first child with her husband Beau Clark. The new parents are also the hosts of their new podcast, The Good. The Bad. The Baby. She is also supposedly working with a race coach that teaches her topics like racism and racial injustice.

Stassi Schroeder was the original cast member of Vanderpump Rules. She became a breakout star for her love of horror, murder, and all things basic. Amid the Black Lives Matter movement, Stassi’s past comments and actions came back to haunt her. She lost her podcast Straight Up with Stassi and endorsements as a result.

Bravo’s move came after former cast member Faith Stowers recalled her experience on the show as the first Black co-star. In an Instagram live with Candace Renee from Floribama Shore, Faith remembered a time when Stassi and Kristen called the police on her. Stassi revealed in a podcast interview that she saw an online article that showed a photo of a Black woman who she thought looked like Faith.

The woman in the photo was not Faith. Regardless, Kristen and Stassi still filed a fake police report and made false claims about the reality star. Suddenly, Stassi’s previous comments and actions about race came back to haunt her. This led Bravo to remove her from the future season of Vanderpump Rules.

Do you agree with Lala that Bravo shouldn’t have fired Stassi? Sound off below in the comments.