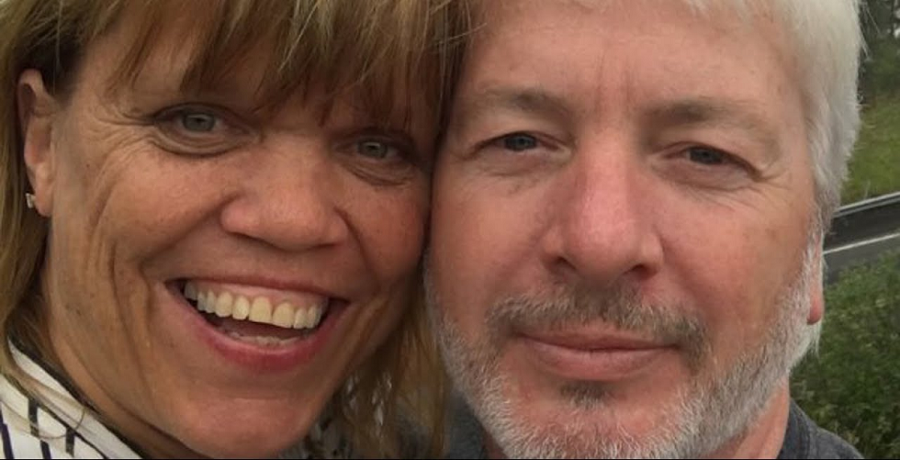 On the Season 22 premiere of Little People, Big World, Amy Roloff and Matt Roloff had a heated discussion about her wedding plans. Her ex-husband could picture her getting married on the farm. However, Amy had different plans and understandably didn’t want her ex to get involved with her nuptials. Fans would agree that it would be weird to have your ex plan your wedding for you.

When it comes to choosing wedding venues, most wouldn’t want to say “I do” where their ex lies. Now, it looks like Amy is giving up this argument. Now, she plans to marry her future husband on Matt’s farm.

On Thursday, May 20, an insider told The Sun that Amy Roloff lost this fight. She agreed to marry on Matt’s farm. The 54-year-old reality star is engaged to fiance Chris Marek. Originally, she was against the idea of getting married at Roloff Farms after her divorce from Matt.

“Amy and Chris are now planning to have the wedding at the farm,” the insider told The Sun. “And it will be in three months. Things are coming together. It was Matt’s idea initially and Caryn went along with it.”

The source said that Caryn amused Matt with the idea “because they are trying to keep things cordial between them all.” Amy didn’t like the idea of having her wedding on the farm “because of the emotional history there.” Amy lived on Roloff Farms for decades. It’s also the very place where Amy and Matt raised their children.

She continued to live there after their divorce. Since Caryn and Amy don’t get along, she wasn’t sure if everyone would be “on the same page” with her wedding plans. As for Amy, she feels that “they are more acquaintances” rather “than friends.” In an attempt to keep the peace, the TLC star agreed to have their wedding on the farm.

The insider insists that everyone wants to move on with their lives. The best way to go about that is to do it peacefully. The source also confirmed that Amy Roloff and Chris Marek will get married in the new season of LPBW. They plan to film their wedding for the series.

All guests will take COVID-19 tests prior to the big event. Even with the vaccine rollout, the family wants to take the steps to make sure everyone is safe and healthy. “There are strict health and safety regulations,” the source continued. Previously, Matt and Caryn didn’t receive their wedding invitations but that could all change.

The insider added that both couples have reached an “amicable” agreement. They’re even “spending time together.” They don’t want to cause any drama with each other and just “move on with their lives.” Matt and Amy want to remain on good terms “for the sake of their kids.”

Of course, that doesn’t mean the show will be free of drama. The insider teased that there will be “disagreements in the future.” Fans who know “what Amy and Matt are like,” will know that the peace won’t last for long. Stay tuned to TV Shows Ace for more news on Amy Roloff.

Hannah Ferrier Could Return On ‘Below Deck Australia’ And Here’s Why
Savannah Chrisley’s Jaw DROPS, Nanny Faye Hid Her Flask Where?!
‘Babylon Berlin’: When Is The Season 4 Release Date?
Could Hallmark, Lifetime Christmas Movies Be Canceled Due To Hollywood Strike?
Rob Kardashian Files More Court Papers Against Blac Chyna