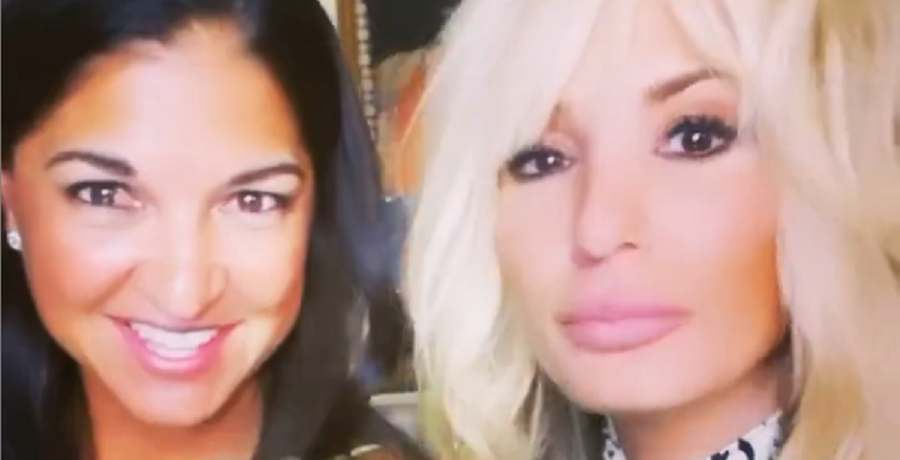 Kate Chastain is back to throwing shade. The Below Deck alum shared how she really feels about her former Bravo’s Chat Room co-host. Earlier this year, Kate left the show since she had to move back to Florida. This comes a year after she left the Below Deck franchise after Season 7.

Previously, TV Shows Ace shared Kate’s shady tweet about Summer House alum Hannah Berner. She slammed the former Bravo star’s plans to become a comedian. Now, she’s sharing her thoughts on Porsha Williams’ quickie engagement to Simon Guobadia. Find out why Kate thinks the RHOA star is doing it for the sake of a storyline.

Porsha Williams engaged for the fame?

Earlier this month, Porsha Williams shocked fans with her sudden relationship and engagement news. The Real Housewives of Atlanta star started dating Falynn Guobadia’s ex-husband Simon Guobadia just a month after their divorce. Simon shared his love for Porsha and announced their engagement.

As for Porsha, she only confirmed their pairing. Fans have been salivating over the news and think it would make for a great storyline for The Real Housewives of Atlanta. As for Kate Chastain, she thinks Porsha’s engagement is to remain on the show. She did not hold back on her feelings on the latest episode of the What Else is Going On? podcast.

She threw shade when she said that Porsha is a “very calculated actress” who wants to boost her fame. The former Below Deck Chief Stewardess also addressed the scandal involving Bolo the stripper on the show. Kate feels that Porsha could’ve played down the storyline, but she kept it going instead.

“No sex-shaming. Do what you want to do. But it’s probably not the first thing you want on your Google search,” Kate said. “It’s almost more lady-like to hide it, but at least deny it.”

Kate reiterated that she’s not shaming Porsha. She feels that the Bravo star should still do whatever she wants in her own bedroom. “I think she’s playing chess all the time in her mind. She’s a very good actress,” Kate added.

Kate Chastain sounded like she was throwing shade towards Porsha’s way. She feels that the reality star could run her own school bus of children to convince them that she’s the real hero of the show. Kate calls Porsha’s skills “impressive.” It’s interesting to see how the former yachtie feels about her former Bravo’s Chat Room co-hosts.

Kate appeared on the late-night series alongside The Real Housewives of Potomac star Gizelle Bryant, The Real Housewives of Atlanta star Porsha Williams, and Summer House alum Hannah Berner. At the time, she described the show as “FaceTiming with three of my girlfriends.” Since her departure from the show, Kate’s attitude towards the women has changed.

Kate hasn’t said much about her exit from the show, but she made it clear how she feels about them. During another appearance on Lian Castillo’s Everyone is Terrible podcast on Tuesday, May 18, Kate claimed that her former co-hosts would steal her jokes.

“If I had said something funny or clever, you know, that was about a topic, when we’d reshoot it, one of them would jump in with what I had just said as their own and that would be the cut that was used,” Kate explained. “I mean, it was like, what’s the point of even being here? I think I felt we were all like, ‘Oh my gosh we’re in it together. Yay! Let’s go girls! Team. Let’s do it!’ I realized pretty quickly that I was the only one that felt that way.”

Kate’s become known for her feuds. She also has a fallout with Below Deck Med alum Hannah Ferrier. In the meantime, Below Deck fans are looking forward to seeing what’s next for the straight shooter. Some feel that Kate should have her own talk show instead.

What are your thoughts on Kate’s comments about Porsha’s engagement? Sound off below in the comments.