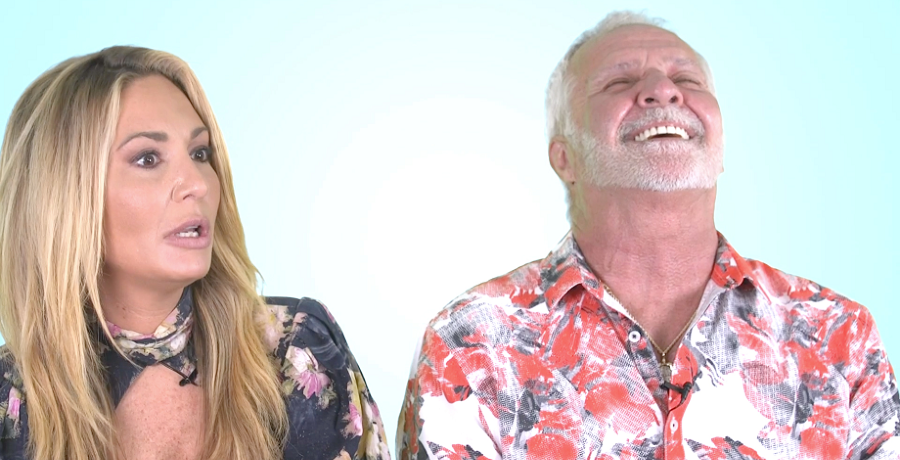 Below Deck star Captain Lee Rosbach shared an update on his friendship with Kate Chastain. As fans know, the two go way back. While Lee was part of the series from the beginning, Kate didn’t make her debut until Season 2. Kate and Lee had a strong work relationship and an even better friendship.

However, the former chief stewardess left after Season 7. From there, she appeared on Bravo’s Chat Room and other spin-offer series. Recently, Lee revealed where the two stand to this day. Fans are curious to know if the two are still on good terms.

Captain Lee gives an update on his friendship with Kate Chastain

On Friday, May 7, the Below Deck star shared a photo of himself with Kate. The two reunited in Florida, as evidenced by the photo on Instagram. “Guess who stopped by for some Kobe Beef Chili Cheese Dogs,” he wrote in the caption. “So good to catch up, and of course they’re messy to eat, why wouldn’t they be. Wouldn’t be good if they weren’t.”

In the photo, Lee and Kate stood next to each other with a big smile on their faces. Kate wore a cream-colored bouse with black pants while Lee wore a baby blue chambray shirt. Many fans and cast members took to the comments to share their thoughts. Fellow Below Deck alum Josiah Carter wrote: “My two favourites. ❤️”

Meanwhile, Courtney Skippon commented: “Although I am a hotdog purist, this is very cute 🥰💕” Below Deck Mediterranean star Kasey Cohen added: “This makes my heart happy 🥺🤍.”

Fans said they miss seeing Kate on the show. They would like to see the chief stewardess return alongside Chef Ben Robinson. However, most fans were pleased with this mini-reunion. They were glad to see that Lee and Kate are still on such good terms.

Below Deck alum moved back to Florida

Kate just moved back to Fort Lauderdale, Florida, where Captain Lee also lives. This led to the rumors that she could make a return to Below Deck. Lately, there has been a lot of speculation over Kate’s next move since she left Bravo’s Chat Room earlier this year. The former yachtie documented her move on Instagram.

In a post, she shared the view from her balcony. “Casual Wednesday loving the new home vibe,” Kate captioned the photo.

Her new digs feature checkered floors. Kate’s beloved dog sat next to her on the couch, as the sliding glass led to her balcony, which has a white porcelain table and plants. But then her peaceful moment was ruined by a thunderstorm, which had the palm trees swaying. Kate tweeted: “I have missed Florida thunderstorms SO MUCH. My absolute favorite weather.”

This big move comes after Kate left Bravo’s Chat Room after Season 1. She’s still the creator and producer of the series. In the meantime, Below Deck is on a hiatus. Check back with TV Shows Ace for more news.