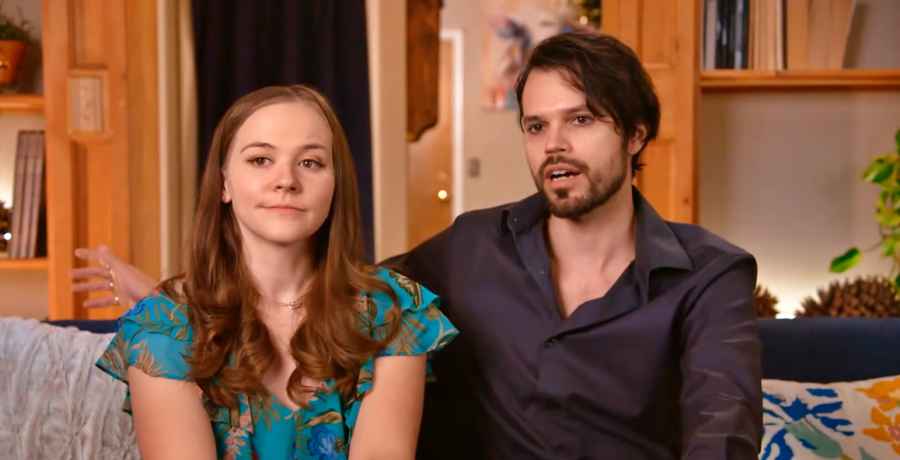 In a teaser for Monday’s episode of Seeking Sister Wife, it seems Sidian and Tosha Jones could have a problem. This relates to his date with their potential sister-wife, Alexandra. Sidian voices his concerns to Tosha about his date with her. He then breaks down all he has learned on his first date with Alexandra.

In a teaser for Monday’s episode of Seeking Sister Wife, Tosha is clearly excited to hear about the date Sidian had with Alexandra. She says he has to tell her everything and that she is “really excited.” Tosha admitted that she was peeking out the window at Sidian and Alexandra, saying they are so cute together.

Sidian does admit that “overall” he had a lot of fun on the date, which pleases Tosha. However, she was disappointed to learn that Sidian and Alexandra didn’t share a kiss at the end of the date. Tosha admits it is “super bizarre,” but said she would be excited if he had kissed Alexandra. She says this is because she can remember her and Sidian’s first kiss and she would love for someone else to experience the same feelings for him. Tosha does admit to the camera that this is probably not what the average wife is looking for their husband to do.

Even though there was no first kiss, Tosha is still excited about the possibility of Alexandra joining the family. However, Sidian explains that there were also some “concerning” factors to the date. This included the fact that Alexandra isn’t “super into” becoming a mother.

During the date, Alexandra says she is still trying to decide if she wants to have children. This is obviously a problem for the father-of-three. He tells the cameras he is “totally fine” if Alexandra doesn’t want to have kids of her own, but he is a dad. Sidian explained that he has three children, two of which live with him. Obviously, Alexandra would need to have some kind of role with the children in their lives. He added that this aspect is very concerning.

Ever positive, Tosha still remains hopeful, based on her own experience of coming into Sidian’s life with his former wife. She said that when she came in and starting building a relationship with him, she didn’t think “Oh, I’m going to be a mom” or anything like that. She said it just really grew on her.

Sidian agreed with Tosha. He said maybe if Alexandra hung out with them more and found out what the children are like, she will realize it’s not this “big, scary thing.”

The motherhood part was not the only problem experienced by Sidian on the date with Alexandra. A second problem comes from her dating life, as she told him she was dating “potentially a couple other people” at this moment. Tosha asked him if he told her how we would feel about that, to which he admitted he didn’t. He believed this was a heavy subject for the first date.

Readers can watch the full teaser clip on PopCulture’s website. They can also catch the full episode of Seeking Sister Wife on Monday, May 24 on TLC at 8 pm ET.