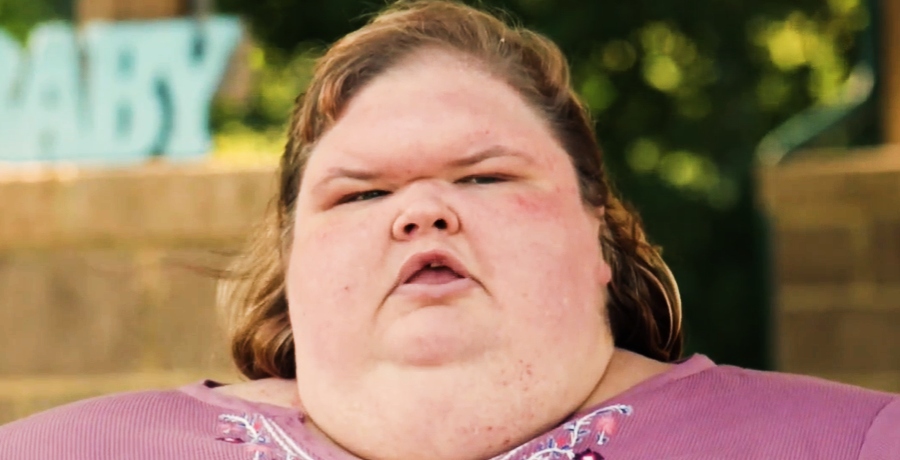 1000-Lb. Sisters star Tammy Slaton was exposed by ex-partner Quincy on YouTube Live today. Quincy went live with a YouTuber named EmmY The plant lady for an hour today. As those who follow the Tammy Slaton merch Instagram account know, Quincy has been promising to expose Tammy for a little while now.

Tammy Slaton is a reality TV star in her mid-thirties. Quincy is a 20-year-old aspiring social media influencer. Toward the beginning of the YouTube Live video, he explains he met Tammy on Instagram. He said their relationship was a little rocky from the start because she tends to block people if she gets mad at them. According to Quincy, the TLC personality is a very jealous person who likes attention.

Quincy and Tammy Slaton went into business together. They started a 1000-Lb. Sisters merchandise shop. They were going to capitalize on the popularity of the show. But, things did not work out. There was a lot of internal drama. Both Tammy and Quincy were accused of scamming people.

Quincy reveals he did quit his job to go all-in on this merchandise store. But, he never got any money out of it. In fact, he used his own money to refund a few unhappy customers when things went south. It does sound as if Quincy still talks to her to some degree. But, it doesn’t sound like he’s too interested in being friends with Tammy anymore.

She wanted a relationship with him

Turns out, Tammy wanted to be more than friends. Quincy reveals Tammy would send her sexual innuendo and nude photos all the time. She was constantly making passes and wanted more than a friendship. He, however, was not interested in that. What made it worse for Quincy is Tammy was never interested in just him. Turns out, she was juggling several different men at the same time. Her former partner notes she cares about men and money. Isn’t concerned with much else.

Quincy had a lot of tea to spill when it came to Tammy Slaton. For starters, he confirmed she really did fake her death with the help of her sister Amy to scam fans out of money. When asked if he thought Tammy was jealous of baby Gage, he noted that he wasn’t sure. But, that she is an extremely jealous person.

He also cleared the air on the Cameo scam. He noted scamming people on Cameo isn’t easy to do. Quincy claims you don’t receive payment until you deliver the video. So, she would not have been able to scam people.

Quincy also confirms Tammy Slaton is no longer losing weight. In fact, he insists her health overall is a lot worse since Season 2 aired. Her former business partner notes Tammy Slaton would continue to be exposed as he has more interviews planned.

You can watch the video down below:

Are you surprised by some of what is coming out about Tammy Slaton?