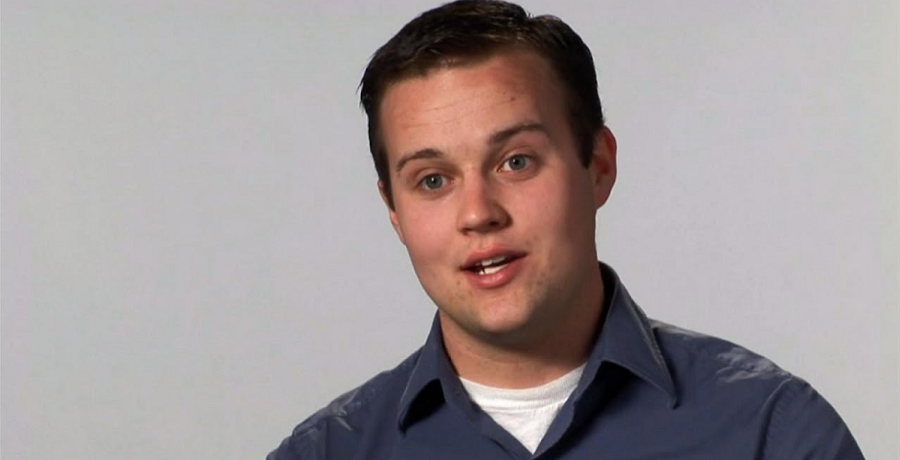 On Thursday, May 6, Josh Duggar was released on bail, but he couldn’t live with his wife Anna Duggar and their six children. Because of his child pornography case, he had to stay with his guardians Lacount Reber and his wife Maria Reber. The court-appointed couple is Josh’s third-party custodians, who are also “close friends” of the 19 Kids and Counting alum.

One of his guardian’s called 911 and claim they “no longer feel safe” due to a trespasser near their home. The incident took place just one day after Josh moved in. Back in April, feds arrested and charged the 33-year-old eldest son with receiving and possessing child pornography.

The former TLC star is under home confinement in wake of his July trial. Josh Duggar is currently staying with Lacount and Maria Reber. Per The Sun, Maria made a 911 call from their Arkansas home on Friday, May 7, just one day after Josh was released from jail. At 10:30 a.m., they made a call to the Arkansas Sheriff’s Office for a “trespassing in progress” at their home.

The caller wished to remain anonymous for safety reasons. The Rebers said they “no longer feel safe” after they noticed a strange vehicle parked at the end of their driveway. Earlier that same week, they told the unidentified driver to leave, but they returned. The report confirms that Josh is currently staying at the residence.

Josh moved into the mansion in Elkins, Arkansas with the Reber family. Lacount and Maria purchased nine acres of land for $68,000 in 2005. They built a one-story home on one acre of property. Their home features four bedrooms and three bathrooms, as well as a fireplace and a porch.

A long driveway leads up to their brick and slab home. Lacount works as an MRI tech with the U.S. Department of Affairs. Meanwhile, his wife Maria is a stay-at-home mom and shares an adult son and daughter with her husband. They get to serve as his guardians until his trial starts in July.

The Hollywood Gossip confirmed that Jim Bob Duggar is concerned about Josh Duggar and his safety. He thinks that the paparazzi will try to take photos of the disgraced star. He’s also offered to build a fence for the Reber family home. He’s offering to pay for their privacy, which they will need.

“Jim Bob is doing everything he can for Josh, and he’s worried about the attention on him and the family,” an insider told The Sun. “He’s concerned about photographers in town covering the case, and anyone who might want to hurt Josh because of the crimes he’s caused of.”

However, not everyone agrees with Jim Bob. Some of the outcasts of the Duggar family can’t believe that Jim Bob is protecting Josh after all these years. The insider made it clear that they haven’t forgotten when Josh admitted to molesting his own sisters. It’ll be interesting to see how this arrangement works out this summer.