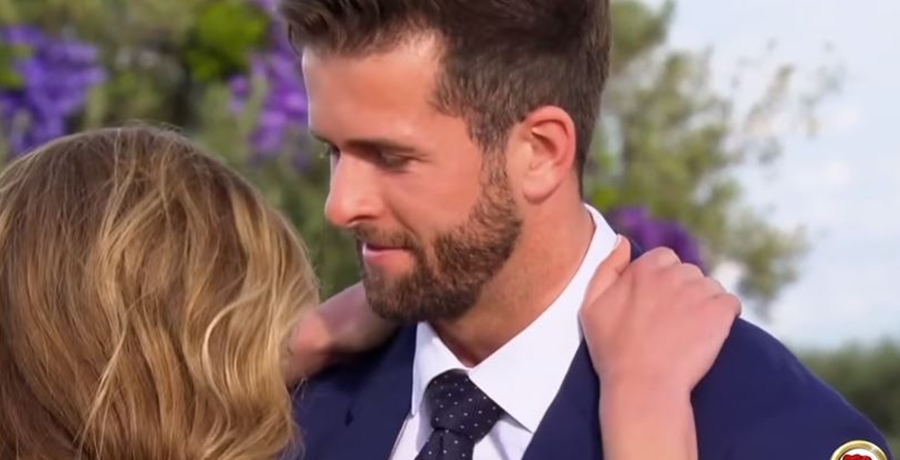 Bachelorette alum Jed Wyatt won Hannah Brown’s final rose but it lasted about a nano-second after she found out he dated someone else until just before the show started. So, she didn’t like his ethics and thought he went on the show for the wrong reasons. Later, he claimed the franchise manipulated him and promised to dish all about it. However, he now clammed up saying that he won’t discuss it any further.

We reported in February this year, that Hannah’s ex became quite vocal about what he saw as the wrongs of the ABC franchise. At the end of January, he spoke about it with his fans on Instagram. As he heard that Dylan Barbour said that he thought the franchise really messed around with Jed, he promised to start airing the dirty laundry on his own YouTube. Well, that never came. Time dragged on and the promised video never arrived.

Fans hoped that perhaps Bachelorette alum Jed Wyatt might open up on his new podcast, Jed Talks. Unfortunately, the launch date for the podcast came and went, still nothing arrived. Still, nothing came on his YouTube. Additionally, he seemed very quiet on his Instagram account. Fans just about gave hope, until finally, this week, he talked about the manipulation allegations.

Not worth proceeding against the ABC franchise now

E! News reported that Bachelorette alum Jed Wyatt now changed his mind about talking about how the franchise manipulated him. They noted that he fears his allegations might bite him back. Potentially, he might end up fighting a lawsuit in court. So, he now decided that it’s all in the past and not worth pursuing. He pointed out that he doesn’t even “care” about the people involved anymore. Also, he moved on with a new woman.

Once again, Bachelorette alum Jed Wyatt denied he ever cheated on Hannah. In fact, he claimed, “I’ve never cheated on anyone in my life. I didn’t cheat on Haley, I didn’t cheat on Hannah.” Certainly, it seems that he really wants to get that point across. Additionally, he refuted that he said he loved her with any deep meaning. Jed also said that he talks to lots of people like that. Plus, he claimed that Haley always knew he never really loved her that way. Now, he feels that at the time everything felt “hyped up.”

Those fans who waited forever for the allegations against the franchise by Bachelorette alum Jed Wyatt might feel disappointed. Acknowledging that, he apologized for the long delay. Actually, it seems he moved on and so did a lot of his fans. Initially, over 110k subscribers signed up for his channel. Today, only 1,825 people actually watched the video, eliciting just three comments by fans.

What are your thoughts on Bachelorette alum Jed Wyatt changing his mind about dishing the tea on his manipulation by ABC? Sound off in the comments below.

Kody Brown & Wives DRAGGED For Recent Treatment Of Meri
Maddie Brown Brush Is Proud Of Her Mom Janelle & Here’s Why
‘Live Rescue:’ Will A&E Resuscitate The Series After The Pandemic?
Kourtney Kardashian Keeps Distance From Amelia Gray Hamlin
Now That ‘Younger’ Is Over, What Is Status Of Hilary Duff’s Spinoff?